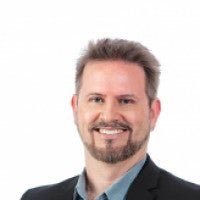 Kaipātiki Local Board calls for an end to chip seal

We have heard you loud and clear. The modern methodology of laying small, loose chips on the road is not working and causing many issues and concerns. In many instances, the chips are continuing to shed from the road for months or years after being laid.

Please read the full request below.
To read the background of this issue, comments from the public and supporting documents from the meeting agenda, download the PDF from here (3MB):
www.johngillon.co.nz...

a) note that according to the Auckland Transport Reseal Guidelines that were adopted in 2014, the chip seal method “must” be used to reseal all roads unless specific criteria apply (as listed in section 5.1 of the guidelines), meaning that most suburban roads across Auckland will be resealed in chip seal, or be partially resealed in chip seal, under this policy, even where they were previously sealed in asphaltic concrete.

b) note the considerable concern and anxiety from Kaipātiki residents over the effects that chip sealed roads are currently having on the community and environment, including (but not limited to):
· vehicles having windscreens cracked, brake discs damaged, brake pad sensors and ABS sensors damaged, and paint scratched by loose chips flicked up when driven over (even at slow speeds)
· cars, motorbikes and bicycles skidding on loose chips
· children having difficulty skating, scootering, trike-riding and bike-riding on footpaths covered in loose chips
· damage caused to carpets, wooden floors and decks after loose stones are tracked into houses
· loose chips on the berm grass flicked up by lawn mowers at pedestrians, cyclists and passing vehicles
· loose chips accumulating in the gutter and stormwater network
· increase in noise to neighbouring residents from vehicles driving over loose chip seal
· bare patches on roads where chips have shed.

c) express concern at the numerous safety issues that the Auckland Transport Reseal Guidelines are having on the users of suburban roads that have been resealed with chip seal in the last few years, including pedestrians, school children, cyclists, motorists, skaters, scooters, prams and dogs.

d) express concern that for many chip-sealed roads, loose chips continue to travel onto footpaths and grass berms, down driveways, into houses, and onto neighbouring asphalt-sealed roads for weeks, months - and in some cases years – after they are laid, and after multiple sweeps of the road.

e) express concern that the grade of stone used in chip seal surfaces appears to be a smaller chip than used in the past, and that the current method used is resulting in much more loose chip shedding from the road than in the past, acknowledging that some roads have always been chip-sealed but that the extent of shedding (and resulting problems) has never been at the level per road that we are now seeing.

f) considers that a change from asphaltic concrete to a loose chip seal surface is effectively a downgrade to an inferior quality of road seal and a drop in standard of a core council responsibility, even where it complies with Waka Kotahi NZ Transport Agency’s "M6 Chip Sealing Standards".

h) request that Auckland Transport and Auckland Council prioritise spending in the 2021– 2031 Regional Land Transport Plan (RLTP) to ensure that all of Auckland’s suburban roads are sealed to a safe, usable and quality standard, such as asphaltic concrete (or equivalent), acknowledging that this will require a considerable increase in budget allocation and may not qualify for subsidy from Waka Kotahi NZ Transport Agency.

i) note that while Auckland Transport is empowered with governance, management and decision-making of Auckland’s road corridors, it does not own the roads (Local Government (Auckland Council) Act 2009, Section 46, Clause 4), and it is the duty of elected members to raise concerns about Auckland Transport’s decisions and management on behalf of the people of Auckland who do own the roads via the Auckland Council.

j) request that this resolution and the associated Notice of Motion report and attachments are circulated to the Auckland Transport Board, the Mayor and Auckland Council Governing Body members, the Independent Māori Statutory Board, and all Local Board members for their information and action.

Have your say on Regional Land Transport Plan 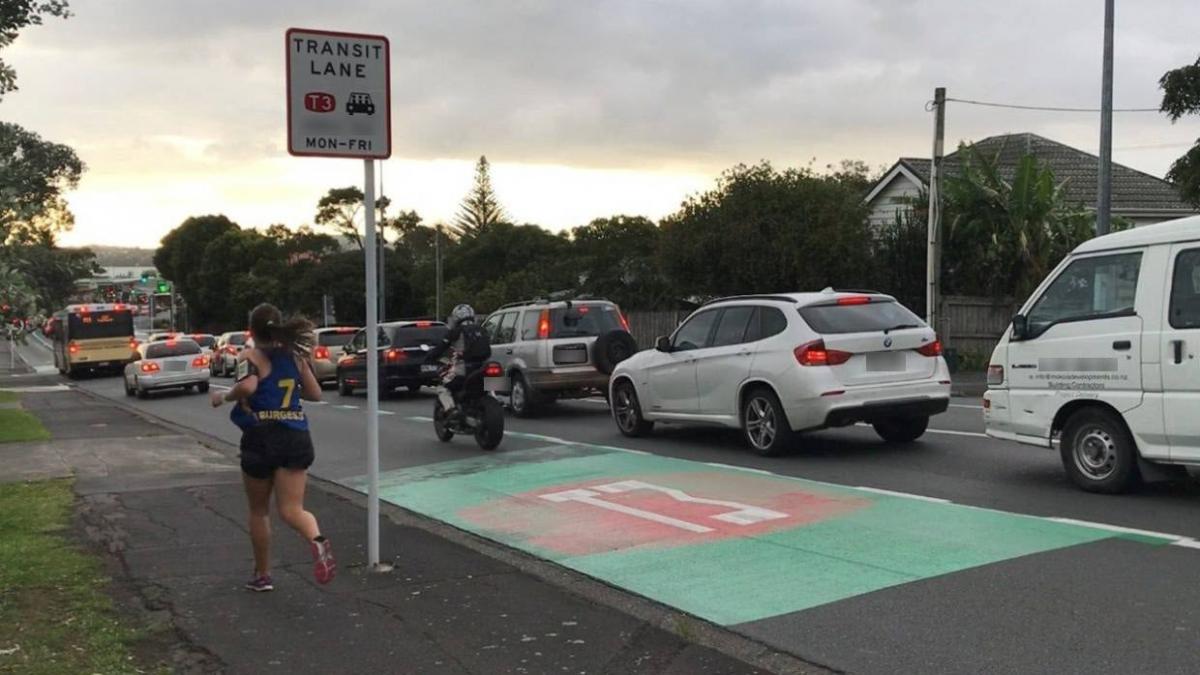 As you can see from this video, there is very little visibility when leaving the carpark, and this is of particular concern at school drop-off and pick-up times. There have already been numerous near-misses.
youtu.be...

At the meeting, letters were tabled from Birkenhead Primary School, Birkenhead Bowling Club and the Birkenhead Village Town Centre Association supporting the removal of the angle parks.
Auckland Transport have previously been alerted to this situation, but have said that is not a current priority, and would require an audit of the wider school vicinity. The Local Board has said that it would support an emergency interim response of planter boxes until the reinstatement of parallel parks could be completed.
Hopefully AT will respond adequately to this situation soon.

That the Kaipātiki Local Board:
a) note its concern that there will be a serious injury or death outside of 95 Mokoia Road, Birkenhead, due to the angle parking blocking the view of vehicles exiting Birkenhead Bowling Club and Birkenhead Primary School’s shared carpark.
b) request that Auckland Transport remove the 5 angle parks in front of 95 Mokoia Road and located between the shared vehicle access serving Birkenhead Primary School & Birkenhead Bowling Club and the vehicle access at 97B Mokoia Road and reinstate the parallel parking that was previously in this location as soon as possible to prevent a serious incident from occurring.
c) note that the angle parks in front of 97B Mokoia Road are not included in the scope of this motion and should be left as they are.
d) note that as an emergency interim response the board would support the use of planter boxes or plywood boxes such as those recently used by Auckland Transport in a ‘Safer Streets’ project in Onehunga to block off the two angle parks closest to the school carpark entrance (as long as view lines for exiting drivers were not impeded by these) until full reinstatement of these carparks to parallel is able to be completed.
e) request that the portion of Mokoia Road outside Birkenhead Primary is included for investigation in tranche 2 of the Safe Speeds Programme, which is considering lowering speed limits on roads outside schools.
f) table letters and video footage in support of this motion provided by Birkenhead Primary School, Birkenhead Town Centre Association and Birkenhead Bowling Club.
- CARRIED 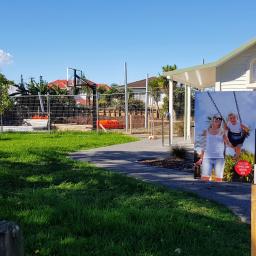 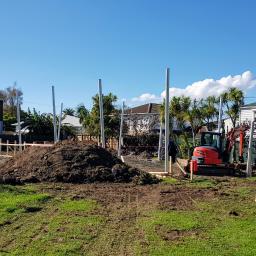 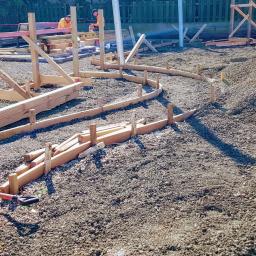 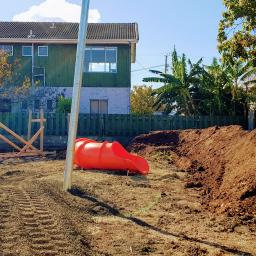 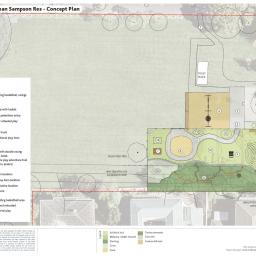 The Inwards Reserve playground on Salisbury Road, Birkdale, is temporarily closed while the broken wooden edging is replaced with 70m of new timber, and extra bark is added. The perimeter will be a little larger than before as it will now encompass all the shade sail poles. 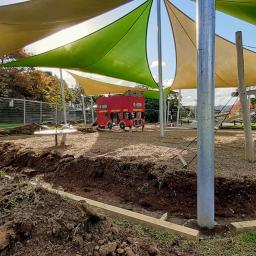 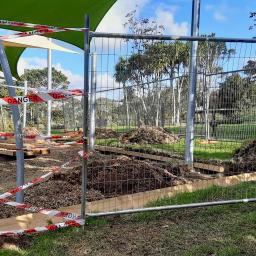