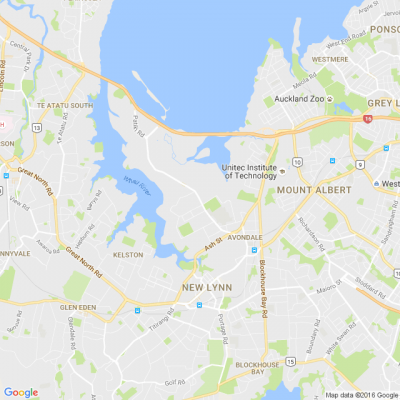 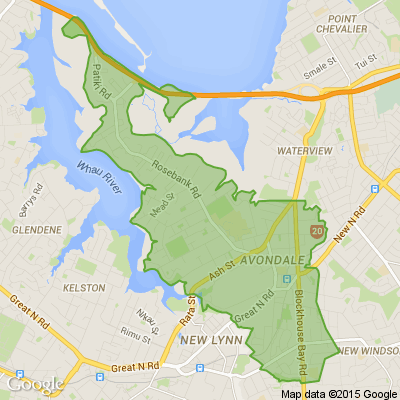 What are you looking forward to at the traffic light system?

Kia ora neighbours, the traffic lights are in sight and we'd love to know what you're most looking forward to once Aucklanders have more freedom. Maybe it's being reunited with family outside Auckland, going to the pub, or just being able to hang out inside a friend's house (and use their loo!). Comment below to share your thoughts - use NFP if you don't want it published - or email josephine.franks@stuff.co.nz 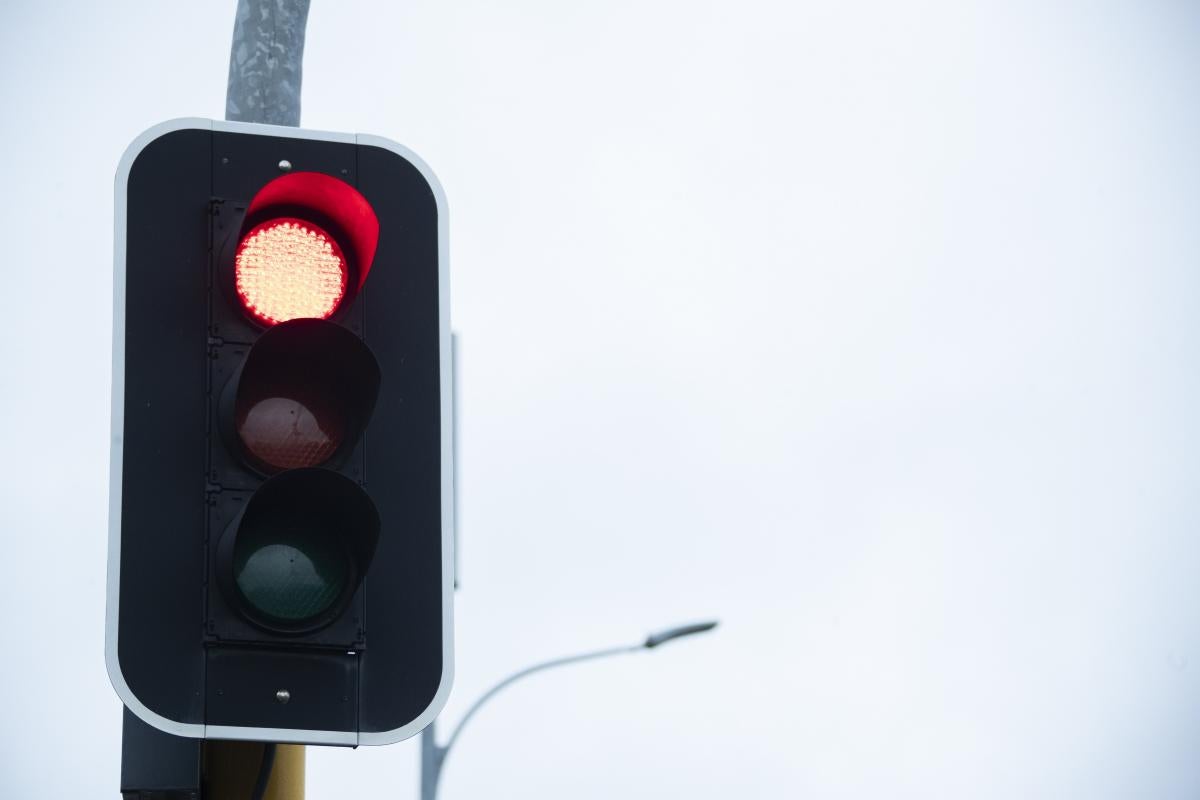 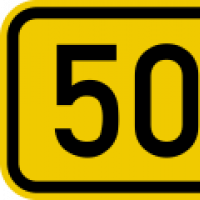 It's been a rough ride for Auckland. As we regroup as a city in 2022, it is time to act responsibly.
Yet Auckland Council will continue to swell into a bloated, cash-sucking, employee-thickened, debt-laden beast.
Under the Goff administration, the rates grab has accelerated at pace. Auckland Council is now harvesting more than $5.3 billion a year from Aucklanders. This is not demonstrating kindness post-lockdown.
This intake increase has been achieved through a combination of general rate increases of over 16 per cent per annum in some suburbs, significantly increased council fees, fuel tax, and the introduction of an extensive number of targeted rates.
These include: Water Quality Targeted Rate, Natural Environment Targeted Rate, Accommodation Providers Targeted Rate, Rodney Local Board Transport Targeted Rate and now a proposed Climate Action Targeted Rate. Then add the planned introduction of a rubbish collection Targeted Rate for central and north Auckland.
My concern is that, while all ratepayers are targeted to pay these taxes, only a few directly benefit from the projects the money delivers.
Auckland Council is sitting on $16 billion of total liabilities, including council's borrowings along with its interest rate hedging, which is an increase in debt of $5 billion under Goff.
Using debt to pay for infrastructure is reasonable - future generations helping to pay for the assets they will benefit from is fair. The problem is, this council is unable to get the books trending back towards the black.
Furthermore, despite all the spending, Auckland still has gridlock; unaffordable housing; empty "ghost buses"; and most roads no better than they were pre-amalgamation.
Auckland has been adversely led into a perpetual state of deficit - debt levels are now $29,611 upon every Auckland household.
=========================================
There are now more than 12,000 staff at Auckland Council. Since the Super City was created, the payroll bill has more than doubled and is running just shy of $1 billion a year. One in every four staff members earns more than $100,000 per annum. Middle management overkill. Scandalous.
=========================================
Auckland Council's own surveys show council's decision-making ability is not trusted by 80 per cent of Aucklanders. Not a healthy, customer-focused, lean organisation.
A scythe needs to be taken to peel council back to core business. It has taken on too many projects and agendas that are actually the domain of central Government - from climate change, business development, to promoting various social agendas.
The payroll bill requires an immediate 20 per cent reduction. This would be a $190 million reduction in costs, which is the equivalent of saving 12 per cent in future rate increases.
Such a cost-cutting exercise must simultaneously not harm the customer's interactions with council but instead greatly enhance them by driving for customer service excellence - including the removal of red tape, greater public transparency over spending, and an unswerving commitment for delivering core council services.
Mayor Goff is proposing a 6 per cent overall average rates increase for this year. This has to be openly challenged as a broken promise. Last year, he guaranteed Aucklanders' rates would not increase by more than 3.5 per cent, following last year's "one-off 5 per cent emergency" rates increase.
The 6 per cent total rates increase is comprised of both a 3.5 per cent average general rates increase, plus an additional climate change tax which will add another 2.5 per cent average rates increase on to our bills. The proposed rate will be paying for business-as-usual council projects such as electric buses, electric ferries, cycleways, and tree-planting which are already planned for.
As I constantly debate at Town Hall, Aucklanders already pay general rates and a regional fuel tax to deliver these types of projects. The council needs to stop "double-dipping" into ratepayer's pockets. After the traumatic year we've just had, it's simply wrong.
Plus there is already a council budget of $152 million for tackling climate change. Surely this money would be better directed into flood prevention measures in suburbs such as Kumeu and Howick; the building of seawalls; or proactive council planning to alleviate storm-water runoff from all the new housing?
Let's call this new climate tax what it really is - a disguised rates hike designed to fill Auckland Council's financial hole after Covid.
Council must cut operational spending and reprioritise within existing budgets.
I urge you to question your local councillor; the Mayor; share this article; start conversations; and ask questions. This is our city, our economic future and our rates.
To lead our city out of these hard times will require its leadership to demonstrate better financial acumen, and a more caring one.
===========================================
www.nzherald.co.nz...
=========================================== 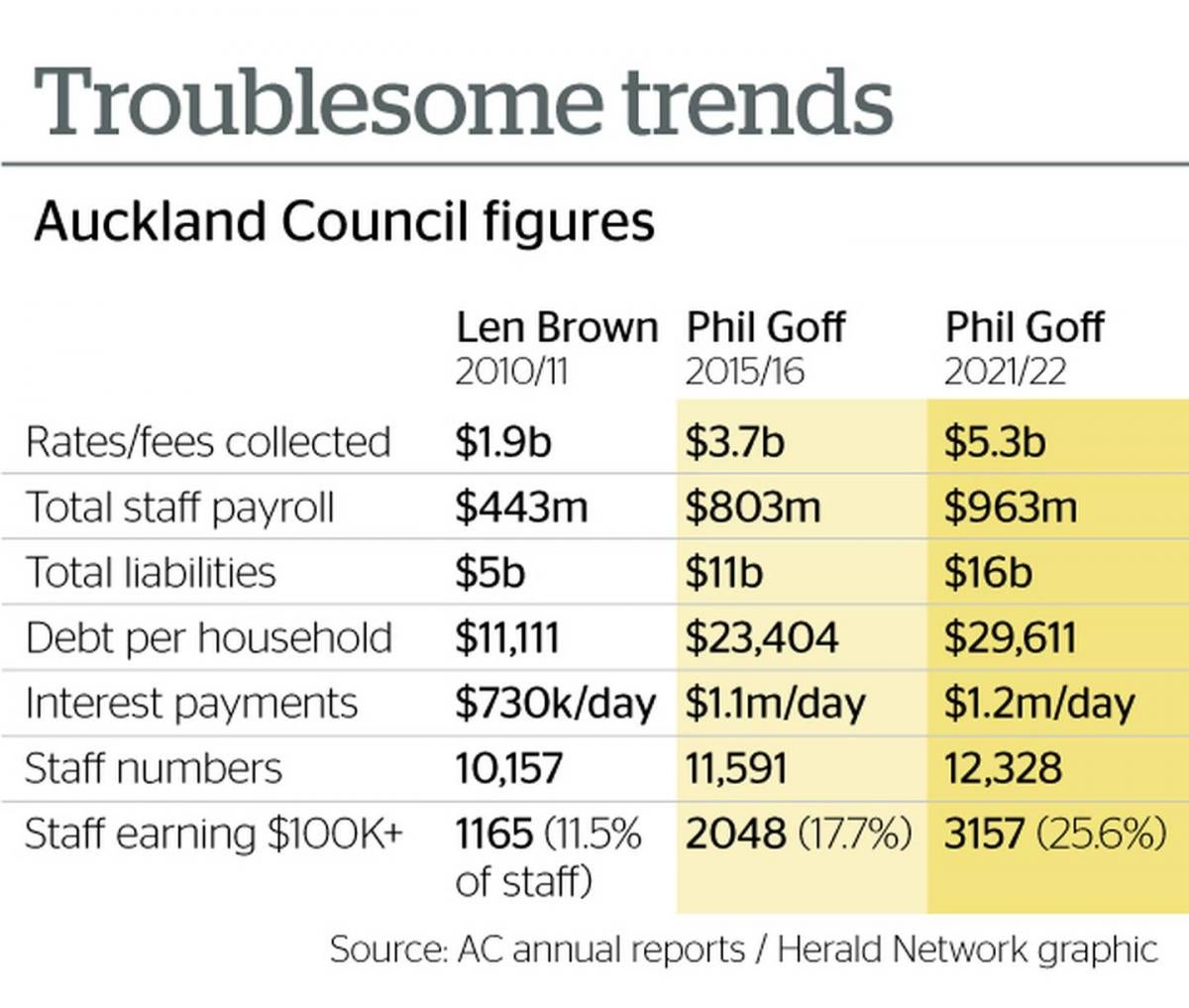 Great results for the Eggs Benedict & Blueberry muffins assessment for the Foundation cooks. Eggs Benedict - a popular Kiwi breakfast or brunch dish, consisting of two halves of an English muffin, each topped with bacon, a poached egg, hollandaise sauce and garnished with chopped parsley.

It was originally popularised in New York City. 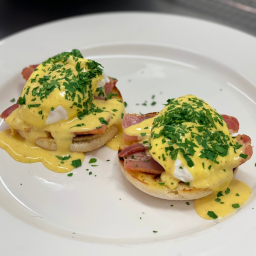 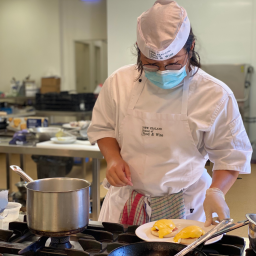 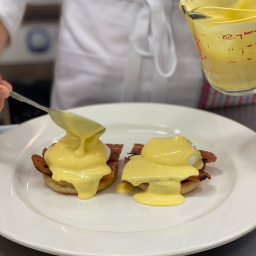 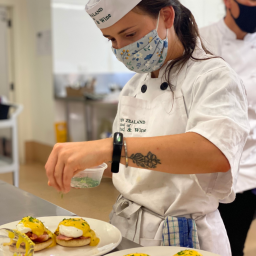 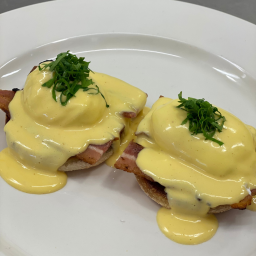 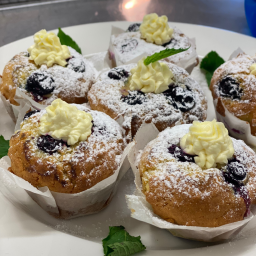 Ending this year with the New Zealand Wine (Advanced) Micro-credential and a group of 13 enthusiasts tasting a selection leading of New Zealand Wines. We also prepare a menu of classic dishes to help develop a more in-depth understanding of wine and food pairing. 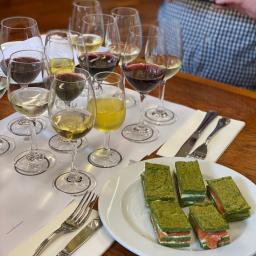 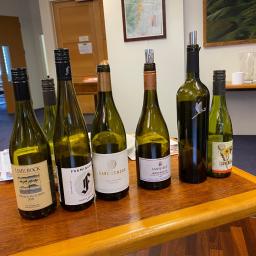 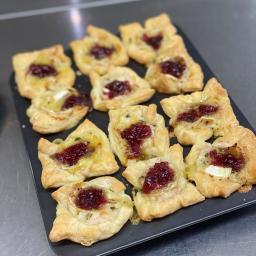 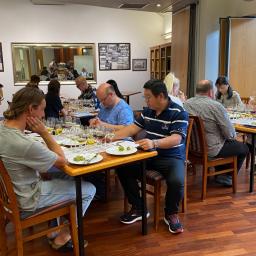 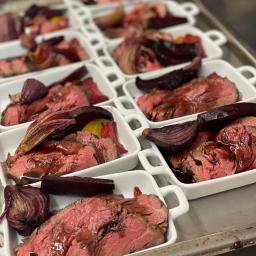 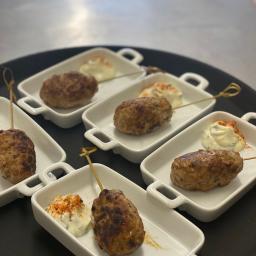 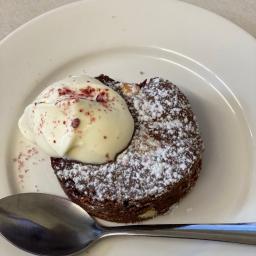 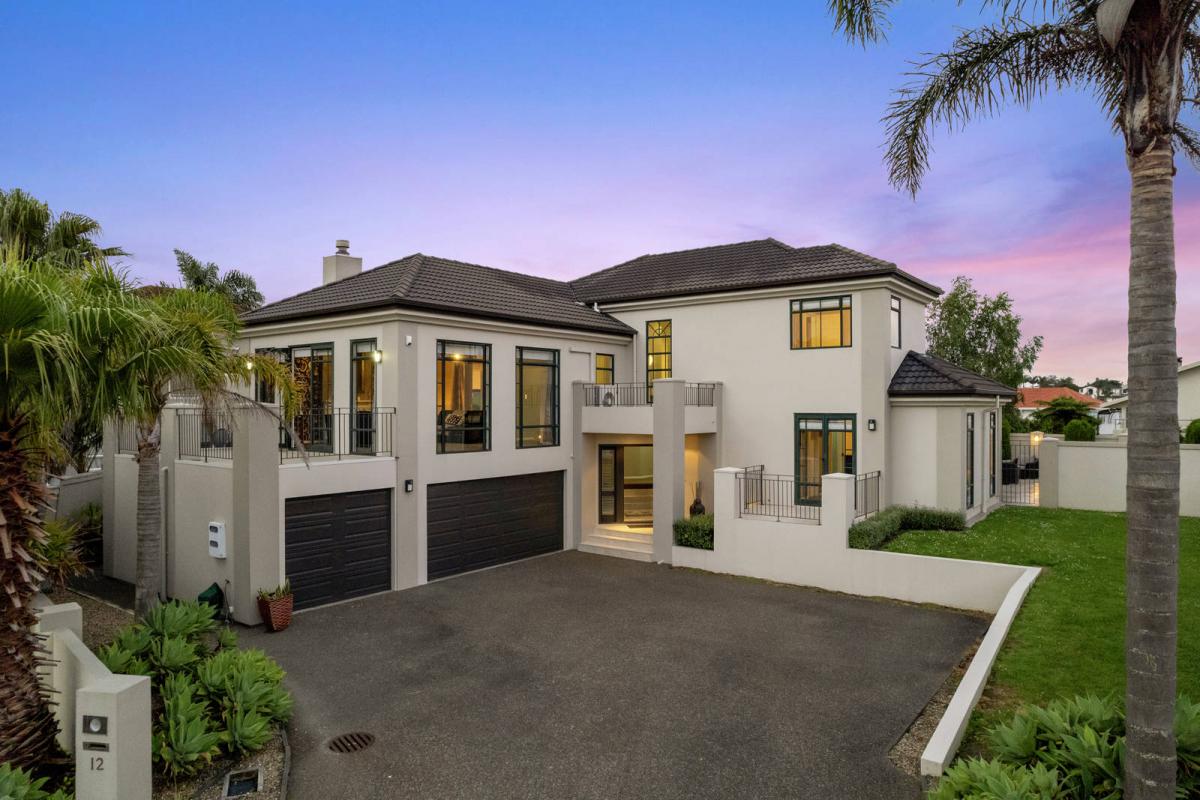 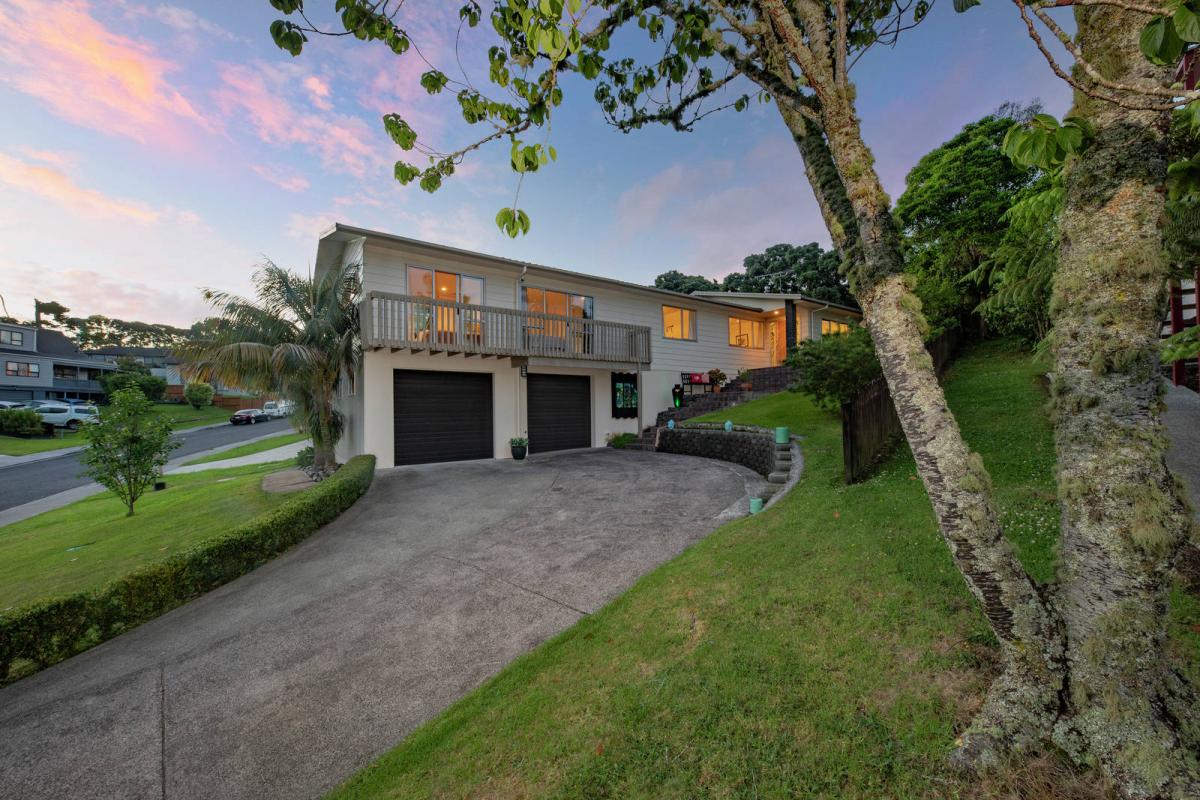