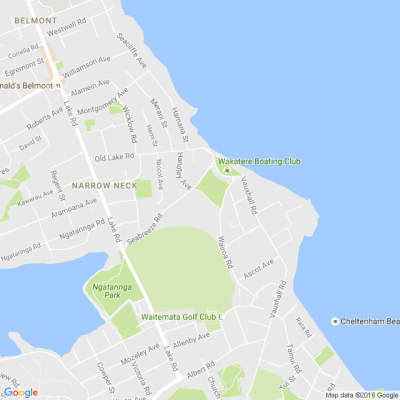 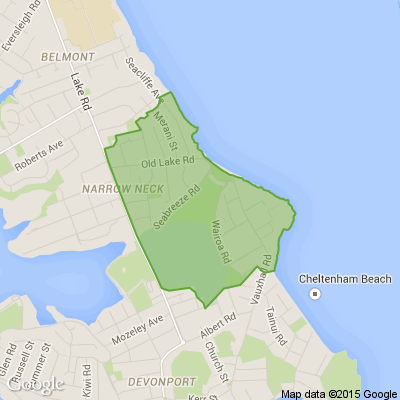 Waitangi Day: What's on in Auckland Ports of Auckland slams Fullers 360 over cruise ship allegations Poll: Is the message to not leave dogs in hot cars getting through?
View All Posts
Our Partners

Schools might slow down in Term 4, but at NumberWorks'nWords we keep the learning going right to the end. It's a great chance to catch up, get ahead or prepare for end of year exams.

NumberWorks'nWords is now enrolling for Term 4. 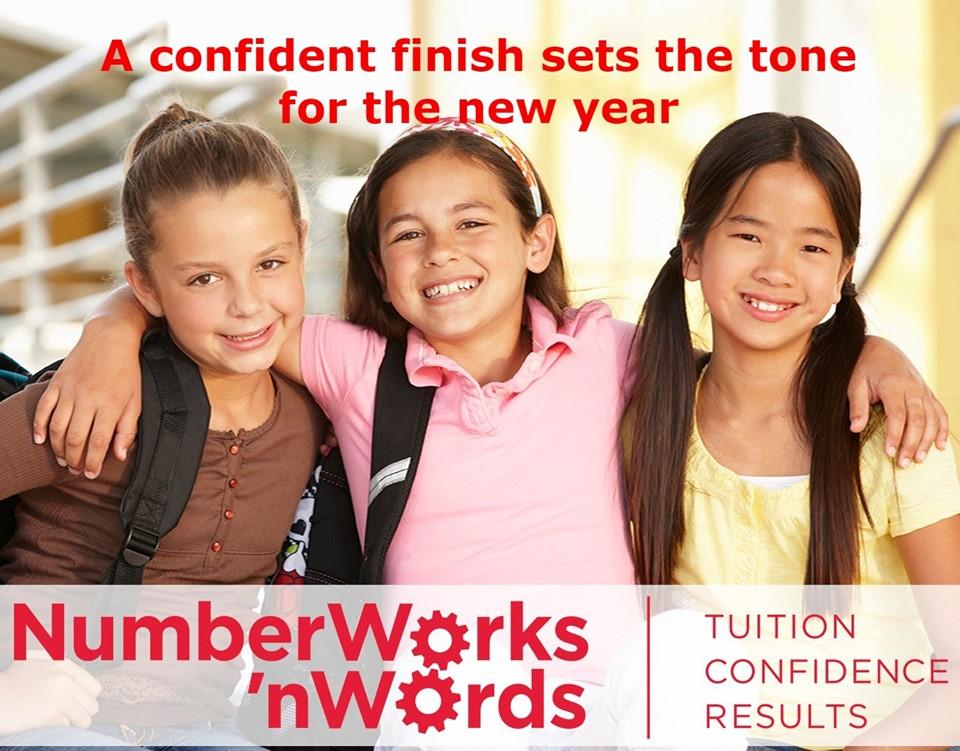 We are now taking the time to look for a healthy Pedigree Golden Retriever for our girl. We do want to be responsible breeders hence looking for a healthy male from a excellent breeding line.

Our beloved girl is healthy, has a lovely & gentle temperament, and always has to make a stop to get her pats from people during our walks! 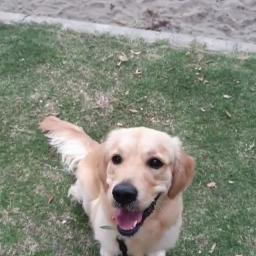 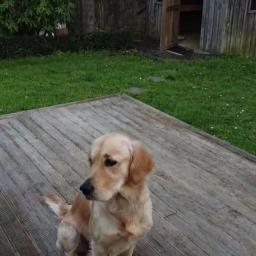 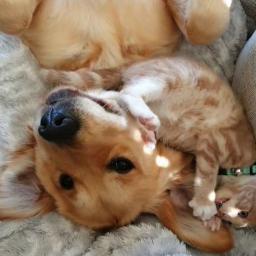 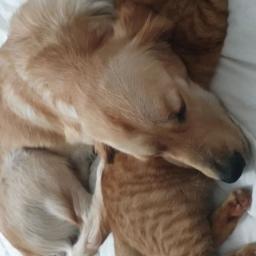 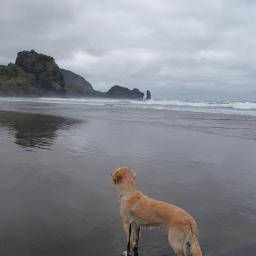 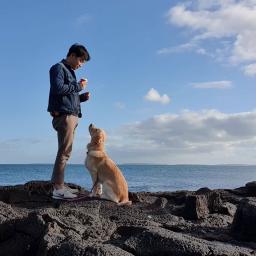 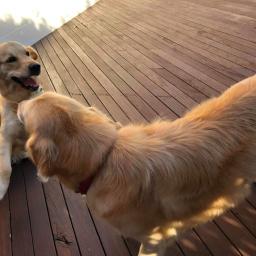 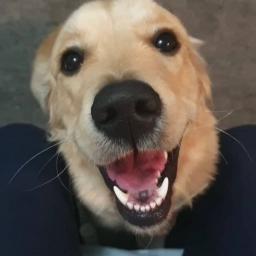 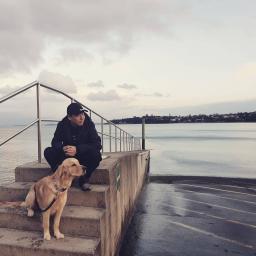 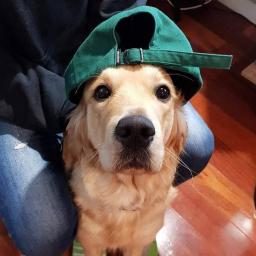 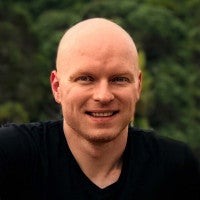 An Auckland city-centre flat owner is upset he has to hand over a key to his complex's body corporate so they can enter his apartment at any time.

His body corporate board accused him of leaving too much rubbish on his balcony, using it to hang his washing out and decorating it with figurines.

But they also complained he had installed a heat pump for an air-conditioning unit without their consent and they asked for permission to come inspect it and make sure it was safe.

When Xian didn't give permission, they informed him they would enter his unit on a set date to check anyway.

Xian said he only got two hours' notice of the entry because the body corporate emailed him at a wrong address and was extremely upset to arrive home and find them already in his apartment.

The drawn-out saga that was heard at the Tenancy Tribunal this month had cost him cash and contributed to "a severe mental illness" requiring visits to counsellors and a psychiatrist, he said.

However, his claims the body corporate had harassed him and entered his flat unlawfully were rejected in a recent Tenancy Tribunal decision.

Tribunal adjudicator John Hogan said body corporates were authorised to enter any flat in a complex they ran for either emergency situations or to ensure the flat was maintained in a safe condition.

The issue in Xian's flat was he didn't use the body corporate's recommended company to install his heat pump.

The body corporate subsequently entered his flat with an inspector and made a judgment the heat pump had been installed incorrectly and quoted Xian about $4000 to use their recommended company to fix the job.

The body corporate's inspector said the installation presented a fire risk and might also send contaminated air to other residents in the building.

At the Tenancy Tribunal, the body corporate sought to get an order to force Xian to use their company to uninstall the air conditioner and heat pump and fix the problems.

But adjudicator Hogan sided with experts brought by Xian, proving the air conditioner was safe and installed correctly.

Xian told the Herald he chose not to use the body corporate's recommended company because he found a quote $1000 cheaper from another installer.

He then wouldn't let the body corporate into his flat to inspect the installation job because he thought they'd just be looking for problems.

"I suspected once they knew I did the installation, they will just come in and make up some reason to say it was put in wrong and then issue me another high-priced repair quote, which is exactly what they did," he said.

But while Hogan sided with Xian's experts in determining the heat pump and air conditioner had been put in safely, he said Xian had no right to refuse the body corporate entry.

"Xian believed strongly that the body corporate should have simply accepted his advice that effectively 'all was well' with the heat pump insulation, when of course it was the body corporate's obligation to check that out," Hogan said.

Hogan also said the body corporate had acted in good faith throughout the saga.

"While the circumstances were stressful for all parties ... they occurred within an acceptable context, and I make no finding of a breach of quiet enjoyment," he said.

He ruled Xian must comply with body corporate rules in keeping his balcony free of washing, decorative figurines and rubbish at all times.

Xian said this was a moot point because he had already complied with this requirement.

Hogan also ordered Xian to change his front door lock to a standard lock that allowed the body corporate to use a master key to access his apartment at any time in case of emergencies.

Source: Ben Leahy is a reporter for the New Zealand Herald 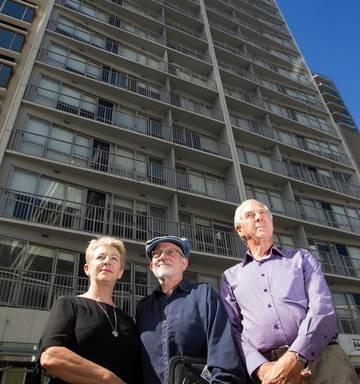 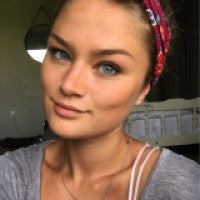 Hi there,
I am 25 years old and from Germany. I’ve been here since 5 years and need to find a new place very soon. I am very tidy, respectful and just wanting to have a quiet and peaceful place.
I am looking for a one bedroom flat somewhere on the north shore for only myself and my little chihuahua lady (14yrs) - she only sleeps during the day and isn’t loud, nor will disturb anyone. I am restaurant manager on the shore and would like a nice place to call my home. I’ve got furniture myself (couch, beds, drawers, fridge etc) Id like to ideally take them with me, but if there’s something nice, I could find a way to store it.
If you know anyone or anything, please let me know ☺️ 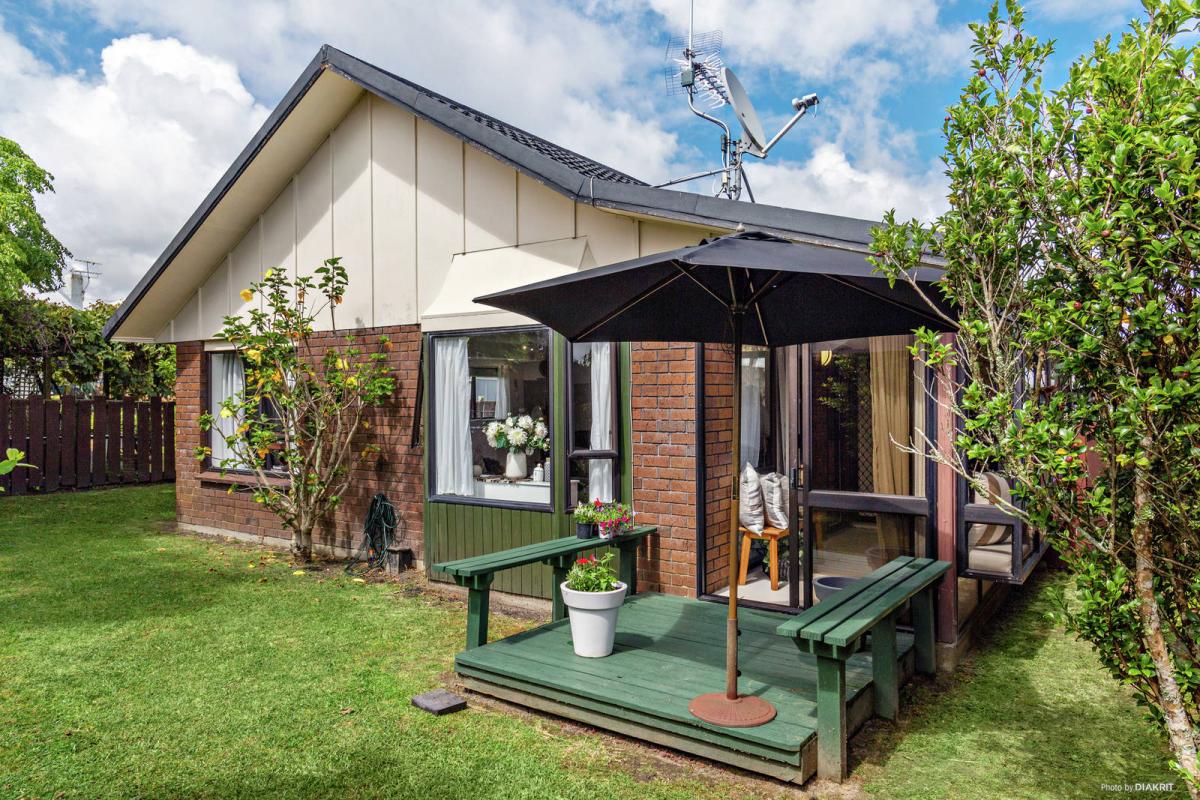 1 of 4
Marketed by Barfoot & Thompson Milford 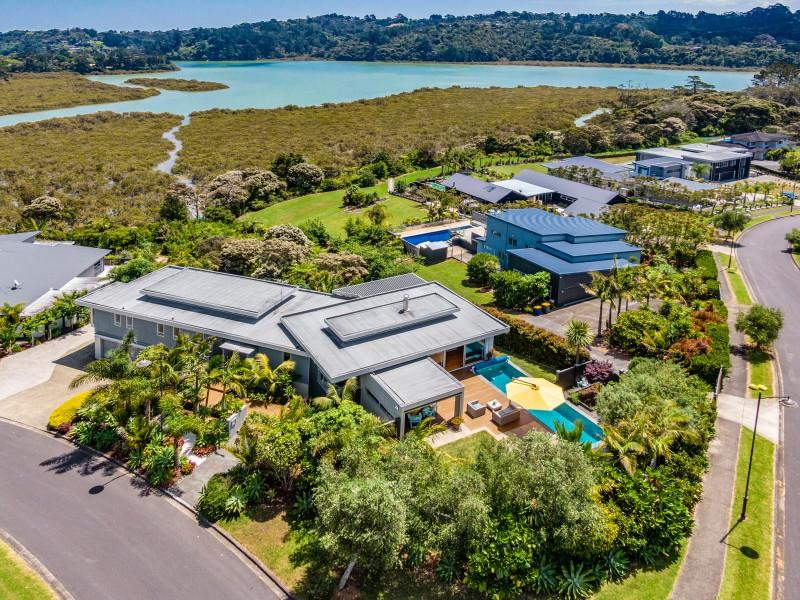 2 of 4
Marketed by Bayleys Remuera 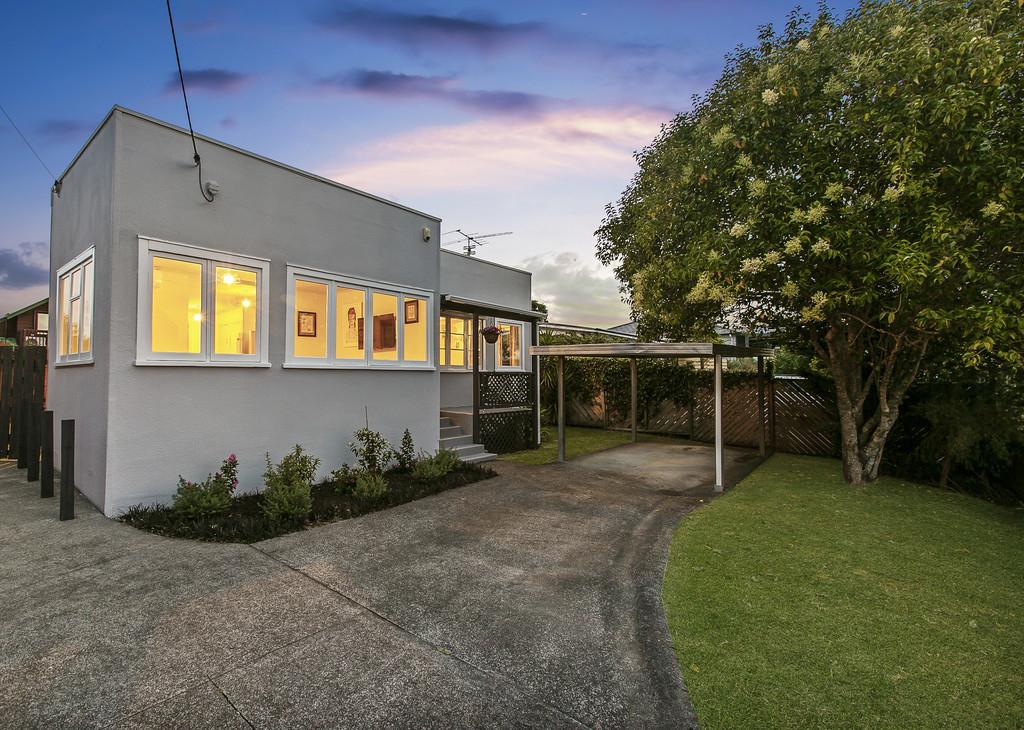 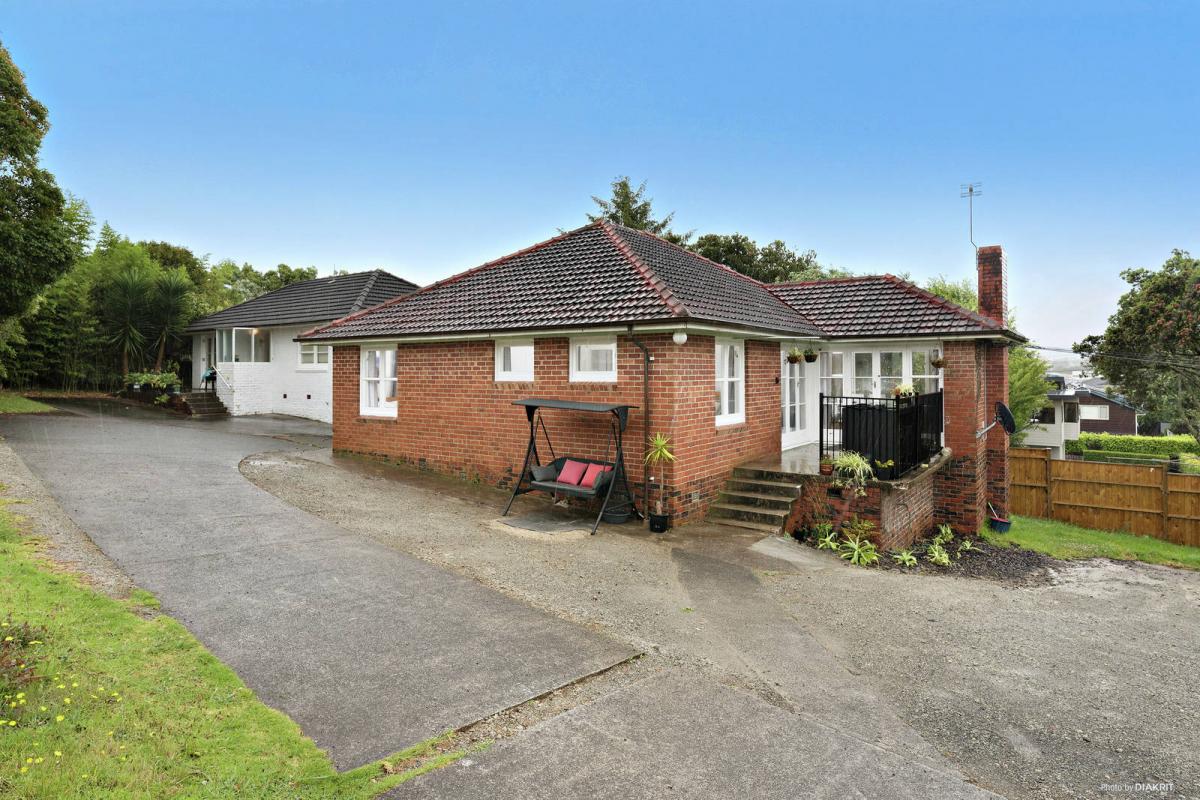