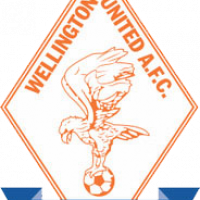 Wellington United may be the third oldest club in New Zealand, but their relationship with one of the oldest football trophies in the country isn't a happy one. This was again enforced on Saturday when they crashed out of the ISPS Handa … View moreMonday 13 May2019
Words Dave Webster, WUAFC Media

Wellington United may be the third oldest club in New Zealand, but their relationship with one of the oldest football trophies in the country isn't a happy one. This was again enforced on Saturday when they crashed out of the ISPS Handa Chatham Cup in the first round to Capital Premier side Victoria University.

United, who are still looking for their first win of the season, started the game well with birthday boy Melvin Rumere lobbing the keeper after just three minutes. Victoria University who were coming of the back of a victory over Capital Premier leaders, Upper Hutt City, evened up the scores after 23 minutes through Alex Brodie and 10 minutes later took the lead when Cailin Applegate slotted home.

Wellington United came out in the second half and played some nice football, especially from captain Manny Achol and midfielder Owen Smith, but they were unable to maintain the pressure and University Universities Steve Everett scored on a break away in the 58th minute which effectively killed the game off.

United are suffering from a lack of consistency, coach Rapha Christians, has been unable to field the same starting line up all season. However this wasn't an excuse for a game in which the difference was that University took their chances and United didn't.

Wellington United came away with just one point of a possible six from the double header of Ultra Football Women's W-League and Men's Central League against Wairarapa United in Masterton on Saturday.

In the first game, the Ultra Football W-League, an under-strength Diamonds went down … View moreWellington United came away with just one point of a possible six from the double header of Ultra Football Women's W-League and Men's Central League against Wairarapa United in Masterton on Saturday.

In the first game, the Ultra Football W-League, an under-strength Diamonds went down 3-2 to a determined Wairarapa United team. Diamonds took the lead in the 29th minute when a Natalie Olson screamer found the top corner. They doubled their lead after Wairarapa keeper, Nicole Hyland, pushed Diamonds Jemma Robertson to the ground in the penalty area and Robertson converted the spot kick.

Wairarapa were determined though and probably felt hard done by being two goals down, but they pulled these back with two almost identical goals, Meisha Boone and Anna McPhie both chipping Roni Lipi in the Diamonds goal, in the last two minutes before half time.

With the game looking as if it would end in a draw, Wairarapa's Sydnie Williams popped up and made it 3-2 with nine minutes left on the clock. Wairarapa United coach Paul Ifill was obviously pleased with his sides win, while he acknowledged that Wellington United were below strength and said that the performance they put in showed the depth of the club, he said his team knew this would be one of the best chances to get a win over the reigning champions and his team stuck to their plan and fought all the way to the end.

Diamonds coach Guille Schiltenwolf was proud of the way his team, who had an average age of 16, competed and despite it being the first league loss since 2017 it would be a valuable learning experience.

The Ultra Football Men's Central League game turned out to be something of an epic, ending in a 4-4 draw. Wairarapa United's Paul Ifill opened the scoring after just six minutes with a shot so hard that the Wellington United keeper never even saw it. Wellington United responded immediately when captain Manny Achol got his fourth goal in as many games. Paul Ifill was on fire and made it 2-1 in the 14th minute after a weaving run through the penalty area, he could've had a hat trick a minute later but saw his shot hit the cross bar. Both teams were creating chances and the posts and crossbars at both ends took a bit of a battering. Wairarapa through Paul Ifill were starting to dominate the game, so it was a relief to Wellington United when Ifill pulled up with a hamstring strain in the 35th minute and was replaced by Sam Murray.

The second half started with a bang with Wellington United's Michael McCutcheon scoring straight from the kick off, 13 minutes later he had a second and Wellington United had a 3-2 lead. five minutes later, Wellington United's keeper Crawford Plenderleith was penalised for handling the ball outside his area when he was kicking it out. Wairarapa United's Hugo Delhommelle stepped up and hit his free kick over the wall into the top corner, only for the ref to make him take it again as he hadn't blown his whistle. He did exactly the same with the retake and it was 3-3.

Some nice passing play over half the field between Manny Achol, Owen Smith and David Silva ended in Silva netting and giving Wellington United a 4-3 lead with 15 minutes to play. That 15 became 22 with 7 minutes added on and right at the end of that time Wairarapa got a free kick on the edge of the area. Hugo Delhommelle again stepped up and again hit the ball into the top corner with what was the last kick off the game. 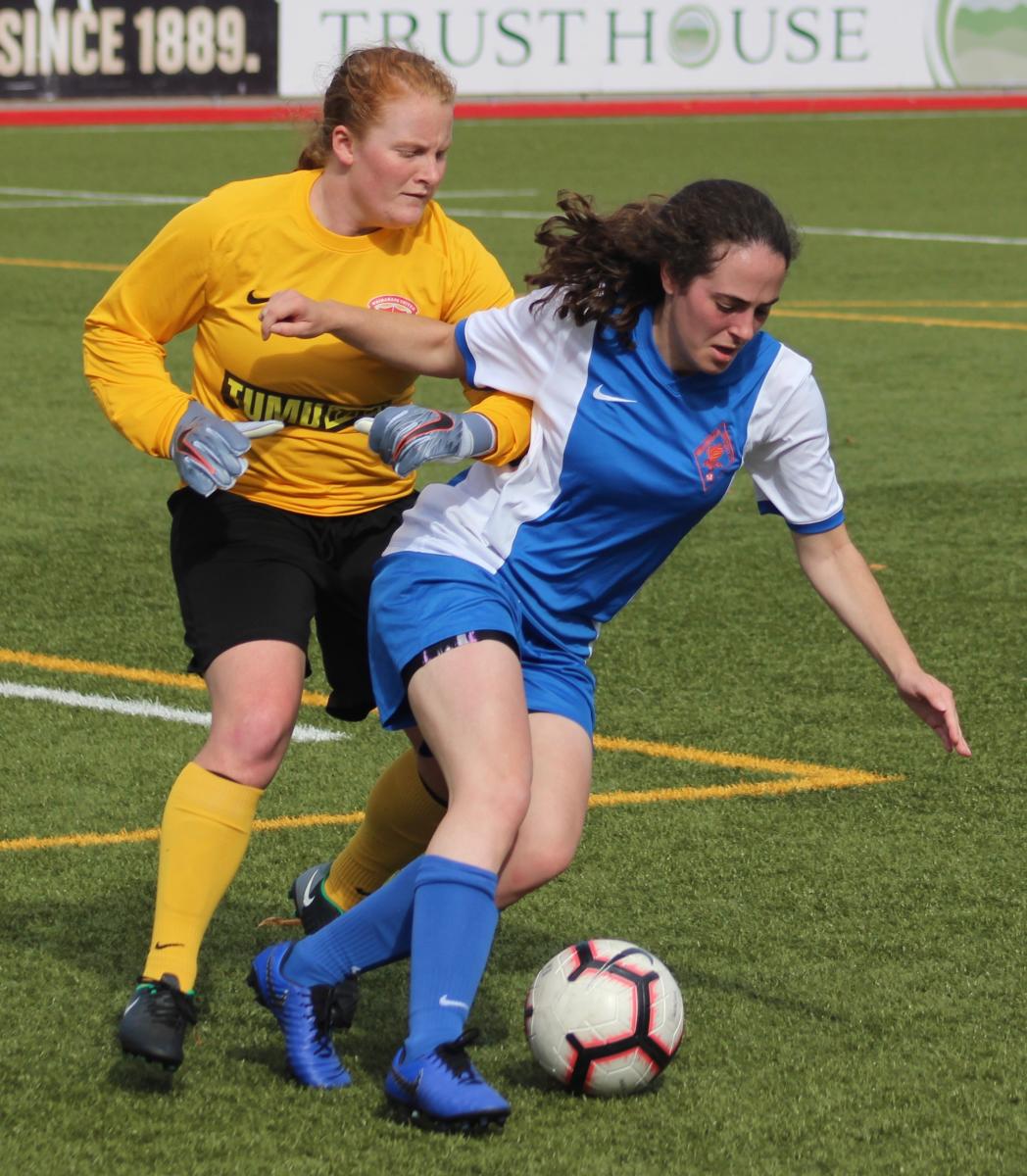 Wellington United Diamonds began their defence of their W-League title with a 2-0 win over W-League newcomers and last season's Capital Premier Champions Waterside Karori on Saturday at Newtown Park.

It took just three minutes for the Diamonds to open their account, when a return shot from a … View moreWellington United Diamonds began their defence of their W-League title with a 2-0 win over W-League newcomers and last season's Capital Premier Champions Waterside Karori on Saturday at Newtown Park.

It took just three minutes for the Diamonds to open their account, when a return shot from a corner hit the crossbar and then hit Waterside Karori midfielder, Katie Barrott, who could do nothing to stop the ball landing in the back of the net.

Diamonds who already had six players out, with five away in Dallas with the NZ Secondary Schools girls teams and Asha Strom also out, were dealt a further blow when the tenacious Liz Crowe was forced off after 20 minutes with an ankle injury.

Despite this Diamonds dominated the first half and on the rare occasions that Waterside Karori did get neat the United goal it was easily dealt with by keeper Roni Lipi and the defensive trio of Rosie Wild, Sophie Dijkstra & Sarah Alder.

Diamonds gave six players W-League debuts, with Sophie Dijkstra and Nea Blackman getting deserved starts, while Jemma Catherwood, Amanda Parlane, Samantha Woolley and Samantha Whyte all impressed from the bench and received a special mention from coach Guille Schiltenwolf saying that while it was their W-League debuts, they looked as if they had been playing a long, long time in it. Samantha Whyte had a particular memorable day capped off in the 68th minute when she found herself about 20 yards out from goal and unleashed a screamer of a shot, that gave Waterside Keeper, Aoife Gallagher-Forbes no chance and made the score 2-0 and that was how the game finished

Waterside Karori coach Bill Robertson said he was pleased with his sides performance, particularly in the second half."The W-League was always going to be a big step up and we had the toughest challenge in Wellington United first up. We have a couple of new faces and were playing a new formation, this game gives us a good indicator of where we need to be in terms of fitness, ball retention and speed of movement"

Diamonds coach, Schiltenwolf said"I couldn't be prouder of the application and personality of this team. They have left everything out on the pitch for each other. That is why we are a family." 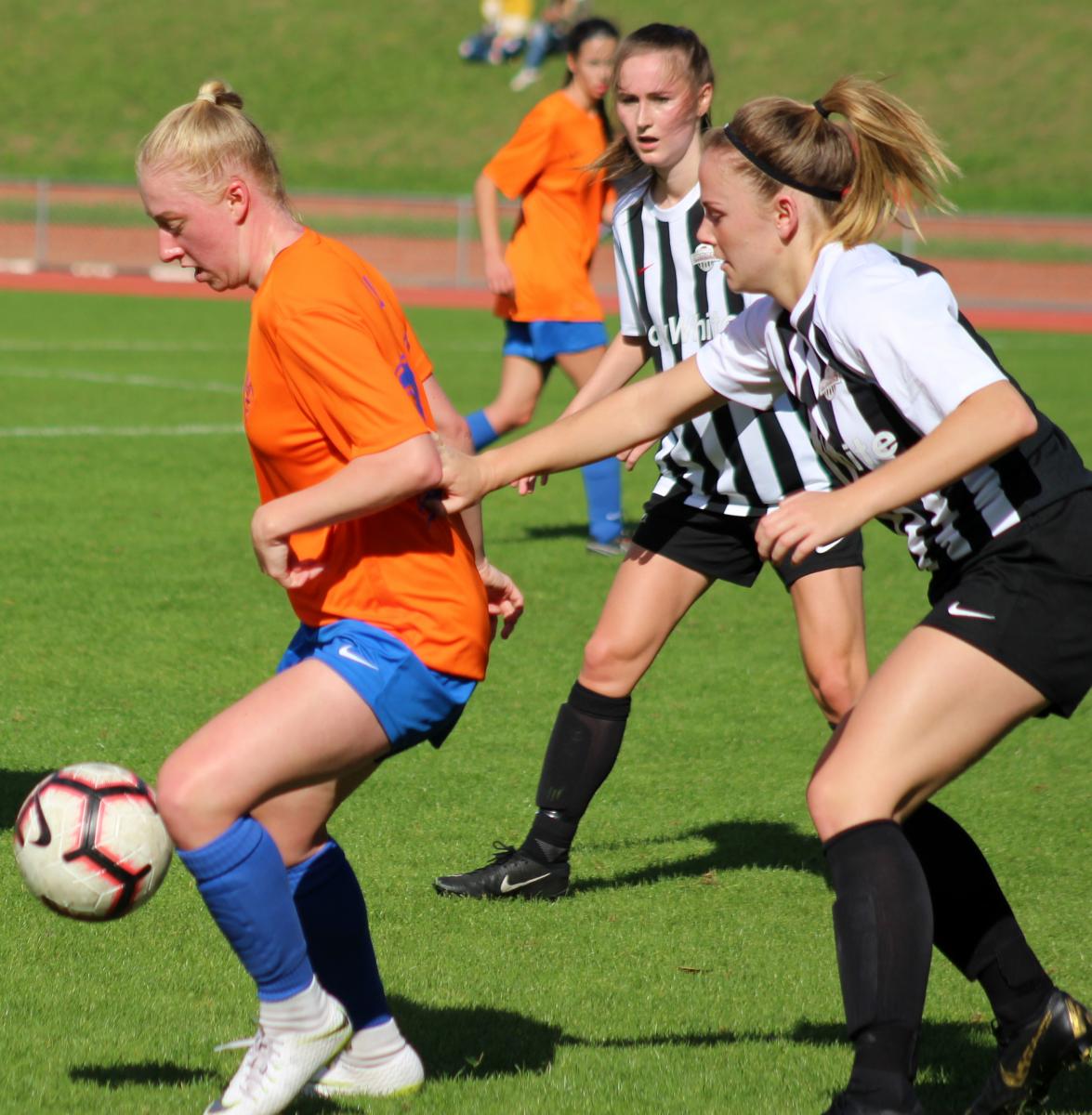 Wellington United Diamonds collected their fourth trophy in three years when they won the early season competition the Kelly Cup Bowl on Saturday with a 4-0 win over fellow W-League contenders Palmerston North Marist.

Diamond's who won the Kelly Cup last season, suffered a shock 1-0 defeat to Victoria University in the second round of this season's competition. That result saw them drop into the Bowl competition and they qualified for Saturday's final with a comfortable 2-0 win over Petone.

Their opponents in the final were a team that has provided a challenge for the Diamonds in recent years, Palmerston North Marist and the most recent meeting was a pre season friendly where Marist ran out 3-0 winners.

The game got off to a late start as no referee turned up, a PN Marist supporter stepped in to take the whistle and did a good job. Marist's hopes of a repeat of the pre season result were quickly dashed when a brace from Jemma Robertson in the first 20 minutes put United 2-0 up. Robertson was unlucky to not get a hat trick as United created many chances but were unable to add to their total by half time.

United dominated possession in the second half and it was only the post, a couple of near misses and a great save from Welsh, the Marist keeper, that kept the scoreline down. Then with about 20 minutes to go, substitute Nat Olson, received a ball from the hard working midfielder Lucy Jones, and despite having two players around her managed to get a shot away from the edge of the penalty which found its way into the top corner. Shortly after another sub, Charlotte Wilford-Carroll, found the bottom corner and the game finished 4-0. 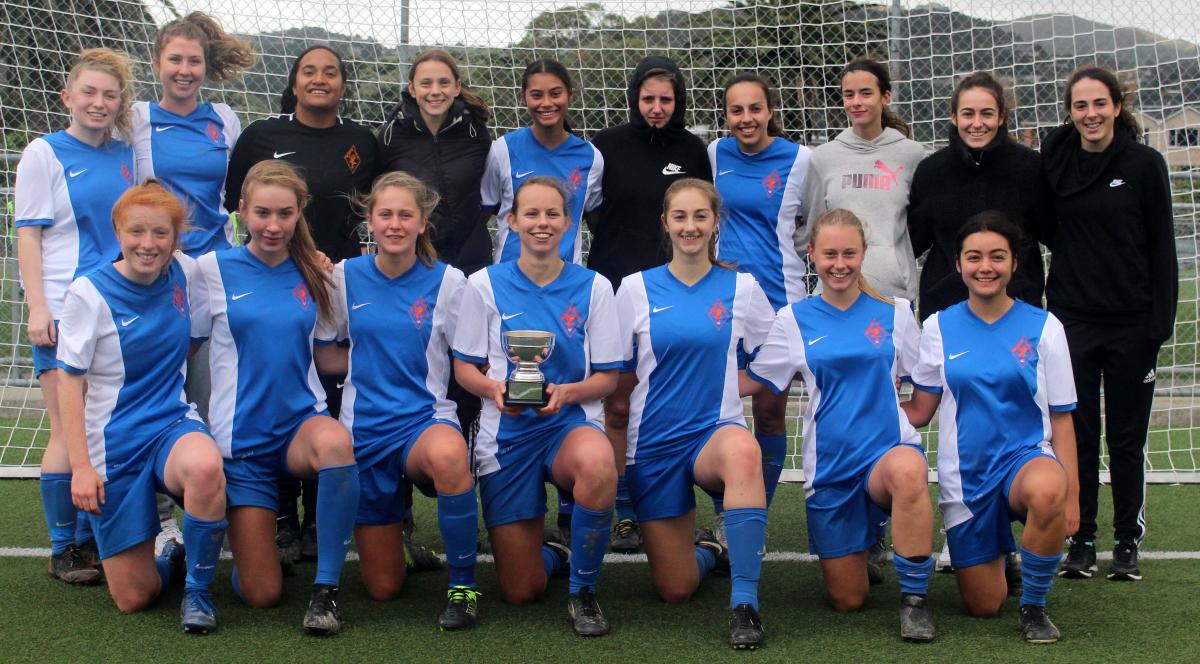 Our club games this weekend 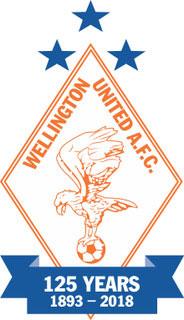