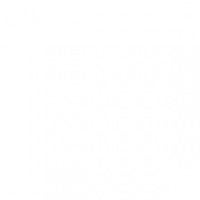 Hey Neighbours, we are seeking a funded wheelchair friendly van with hoist to transport our members and local community. Does anyone have any ideas of how we could achieve that?

On Tuesday the 19th of February, leaving at around 9:30, Eleven members of CFFD Waikato boarded the EasyRider bus for Mt Maunganui, where we were to be hosted by THRIVE and the Tauranga City Council.

I was excited as I had never been on an accessible bus before, we had Andrea come along, she … View moreOn Tuesday the 19th of February, leaving at around 9:30, Eleven members of CFFD Waikato boarded the EasyRider bus for Mt Maunganui, where we were to be hosted by THRIVE and the Tauranga City Council.

I was excited as I had never been on an accessible bus before, we had Andrea come along, she attends Joy Ministaries but this day she was joining us, Cathy and Sheree were excited as they had not been to the beach in a long time (Cathy 10, Sheree 29 years).

When we arrived there had been car parks coned off for us to park our bus, and the beach welcomed us with sunshine and a gentle breeze. We were greeted by Dani Jurgeleit and Kieran Wall from the Tauranga City Council and the blue mat that allowed those in chairs to access the beach. Dani welcomed us and said that the mat ment Tauranga was now the most accessible city in the country as not only could they use it on the beach but also can be used to make other events accessible to wheelchair users “our plan is to eventually add extentions to the mat, so people can go right down to the water”, she said, but first they needed to find a contractor willing to meet the challenge, and how they were going to overcome the mat being pushed back when hit by the tide.

Members from THRIVE arrived and put on a spread of filled buns, juice, water, slices and fruit for us, then we got singing before we headed back up the beach for the ride home.

Reverend Heather Major said of the day “it was the most amazing trip, because for many years we have dreamed of being able to do a day trip to the beach and see some of Gods nature”
Tony said “I had a lovely day at Mt Maunganui, best in ten years”
Cheryl said “I will be telling more people about this fantastic mat on the beach, it’s great”
“It was the first one of the year and it was fun to hang out with everyone and have lunch and fellowship” said Danielle
Deirdre says “yeah fantastic day, great to share it with the group and great for them to get over there and enjoy themselves and have fun, it was wonderful”
Sheree enjoyed the day “it was such a great day, brilliant
Dirk says he enjoyed taking us and couldn’t wait to take us on Labour weekend to camp.

We would like to thank Annette and Dean Viviani, THRIVE, Tauranga City Council and Dirk from EasyRider for making this happen.