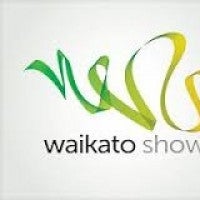 The Association has been around since 1908, it was formed by the business men of Hamilton City in order to connect the Agricultural Community with the city folk through the event called The Waikato Winter Show.

In the beginning it had a strong educational focus and was considered a celebration of the various skills of the Waikato people. Where the A & P Show in the Summer had a connection to the land and the animals, the Waikato Winter Show had a stronger focus on the secondary products of those animals and land. Butter, Cheese, Vegetables, Sewing, Knitting, Preserves all played an important part in the exhibits. There was an entertainment act, which at times included tightrope walkers, circus, carnivals and more. Exhibitors considered the Winter Show the perfect place to display their brand new products, and promote their business to the all important community.

In it's heydey, the show ran for 12 days straight, included 50,000 competition entries and over 30,000 people through the gate.

Society has changed so much that we cannot replicate those events, but they remain fondly ingrained into the memories of the Waikato people. We can however, encourage the community to engage and network with those around them; to celebrate the diversity within the Waikato Region and all it has to offer.

We are happy to report that this new type of all-inclusive show has been widely accepted, encouraged and supported by the Waikato community. The participants, visitors, supporters and organisers are thrilled to have an event that creates a sense of belonging, inclusiveness and fun.

Today we are building towards our 2018 show. As we go from strength to strengh, we build strong relationships, networks and coordinated efforts along the way and everyone benefits along the way.