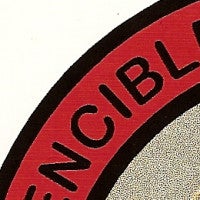 The poem, written in six segments, is a description of life in the 1950s and '60s when trams trundled up and down Onehunga's Queen Street; a tongue-in-cheek description of the area, its trams and eccentric people. It has been compiled in fond memory of King Koroki and Bo Ratana. Although blind, Bo saw it all! "Hakoakoa" is the Maori word for skua, a hawk-like gull common in southern waters, especially Antarctica.


A Sagging Bridge
Old Mangere Bridge, now cracked, dipped and swayed,
many times was said to fall, condemned,
it stands still and sags on rusting rails,
challenging once putrid mud
it stays amongst the aniseed fennel.


Retired now, it lazily dreams,
monochrome images of those who walked or drove
past these broken walls and rails.
Treasured memories creep like weeds,
many ghosts lurk within the darkened cracks and seams.


The Corner Store
Do you recall the rusty, dusty old Four Square store?
Huddled precariously on Queen Street's corner near the bridge.
Perhaps you do. Bill Henry owned the shop.
Like the bridge, it also leaned and aged
as all we Onehunga locals did, but more.


Few mourners let our passing by,
for all I think are gone or dead.
Waka Nathan bought the pub instead,
to save it from the 'dozer's blade,
but the store went, with our houses nearby.
Sadly, like Ricky May, they too have had their day.


These treasures I still find,
lingering on the dusty shelves of my mind.
That store, I'm sure, was held together
by numerous tin signs nailed against its walls,
shouting silently their sponsor's wares.


I still hear their vagrant calls.
"PERSIL WASHES WHITER!"
But it didn't beat the awful smell
of Manukau Harbour's muddy swell,
where all the waste, and yellowed water fell.


Sometimes the air hung as black midges,
in gaseous wells of swirling clouds.
At night it crept like thieves through my window,
a suffocating blanket, determined to steal sleep
with its acrid, choking flow, and sulphurous shrouds.


A Rat in a Pie
By the door, that tinkled a bell when opened,
was a sign I'd painted for pocket money as a kid.
"OH FOR ONE OF BILL'S FRESH PIES!" Not so fresh it seems,
or made by Bill, well, just a commercial pack of lies.
I remember the day, while bagging flour,
a disgruntled Maori customer came in,
to return half of Bill's meat pie.
Seems he'd bitten into something sour
and asked for his money back, "please."
On lifting the sagging pastry lid,
and peering amongst the steak and peas,
Bill saw the uncooked head of a rat.
He gave his familiar, deep, monotonous, wheeze.
Old Bill Henry was cunning and shrewd.
Not to be outdone he said,
"That heads not cooked old son!"
"It simply isn't stewed!"
Not without a heart, Bill
gave him another pie and said,
"That's the best I can do!"
I'll never understand why, but that customer took
and presumably eat that pie.


Clattering Trams
Tramcars regularly trundled past the shop,
rattled windows, hummed and clanked,
and outside the Manukau Hotel they stopped,
thirsty conductors often popping in.

Here they'd tilt the wooden slatted seats,
swing a sparking pole for power, and,
where the polished tramlines crossed
a silent street, the tramcar would jiggle,
turnabout, tossed by its constant,
sparking, humming, bower.

Up Queen Street again it goes,
up the middle of the road, leather straps swaying
in rhythm to its load, back to the city via Tin Tacks Corner,
Royal Oak, Epsom and New Market.

Clanking, clattering trams,
like the shop, have gone now, more's the pity.
The army camp, what larks, where Yanks had their last home,
no more a tent city. A rubbish tip and now a park,
no vestige but these words, the fennel, and a pub, remain.
I still see the tramcar, throbbing, awaiting its run.

No 'Clippy' or driver in sight.
No doubt they'd joined the 'Wharfies'
for another swill, a beer, a rum, a dram, a shout,
a round, a toast, a bite. The driver'd
keep the brass handle in his pocket, well out of sight.

Ding! Ding! The Conductor pulled the string.
The tramcar, creaking and whining,
as if complaining at the sudden task,
with a symphony of metallic sounds
leaped, reluctantly, into life.

They left behind an incredible silence,
where fat.., rounded cars sat,
parked on the kerb,
awaiting their well "rounded," unperturbed
drivers, and.., six o'clock.

How absurd, this royal procession from the Manukau Hotel.
King Koroki and Bo, led by a portly fellow... Bill Henry.
Lurching from the pub, swaggering noisily,
they know the sanctuary and hub
of our cracked weatherboard house,
across the road.

Grasping my hand at the door,
for it was me who usually let them in,
Old Bo would seek and shake it strongly
and tell me about a war that did his sight in.

They always arrived
with "half-g" flagons propped under their arms.
King Koroki, proud but bowed,
drunk as a lord, it showed,
I seldom saw them sober.

Bill Henry, so short and fat,
ruddy faced and tilting hat betrays his boozy habit.
Beer from a jam jar, over and over,
while 'round our table they sat.

As a boy I knew no privilege, at
being visited by a Maori King,
but always welcomed him in,
because he'd be accompanied by Old Bo
to do his drinkin'.

It was Bo I liked to see,
and only wished he could see me,
for his life was amongst dark shadows
where so much loneliness often grows,
where the sounds of the world can be a mystery
but where they can also let blind Bo see.
He'd ask me to read from classic comics,
talk about the pictures, about expressions and colours,
but ever, and ever, the shadows grow
around the world of my friend Bo

King Koroki
One day, the King went home on a rusty bicycle.
His half-gallon flagon wedged on the carrier.
He wobbles off and zig-zags,
rattles over the flaccid bridge,
its humps and dips seemingly no barrier.

King Koroki,
the lonely sea hawk, hakoakoa,
chanting, cursing the vagrant road, stopping occasionally,
to adjust his precarious and precious load.
On he swoops again, determined not to walk.
Far across the chastised lane,
where gulls lazily drift on heavy breezes.
A foot slipping off peddles,
Koroki's chants of disdain and curses mix,
sail together over Manukau Harbour's muddy eases.
Dissolving now, the King evaporates into long
fennel drawn shadows, where only a spirit,
an ancestor, or hakoakoa goes.

King Koroki, Bo, and Bill,
all old and frail,
the trams, the store, the bridge;
all with time have to go, it's a familiar tale.
A new bridge spans the clinging mud,
there are fresh sandbanks there. Wading grey herons
play soccer with the fish,
all bright, sharp and strong.
New faces walk the streets, new blood,
but Manukau Hotel's still there,
and surely... familiar ghosts must fill its vacant seats.

Old Mangere Bridge, now cracked, dipped and swayed,
many times it was said to fall, condemned
it stands still and sags on rusting rails,
challenging once putrid mud to stay,
stay amongst the aniseed fennel.