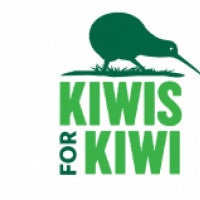 The kiwi could disappear from the wild within 50 years. Kiwis for kiwi is doing all we can to prevent that.

Only a few hundred years ago, millions of kiwi roamed Aotearoa. Today, New Zealand is home to around 70,000 kiwi, and despite efforts that number drops by 2% every year.

Kiwis for kiwi is on a mission to turn that decline around. We partner with kiwi conservation projects all over New Zealand, with a long-term vision to increase the population by 2% every year and take our national icon from endangered to everywhere. We provide funding and support for the many community-, whānau -, hapū- and iwi-led kiwi conservation groups that work to eradicate predators from the kiwi’s natural habitat. A significant proportion of kiwi live on private land and many of the groups we work with are volunteers, landowners or people who just love their communities, and who need funding to continue doing incredible work for kiwi conservation.

In 2017 we launched a strategy to turn around that 2% decline. Saving the Kiwi is a programme that is headed by Kiwis for kiwi but works with the Department of Conservation, community kiwi conservation groups, iwi, researchers and captive rearing facilities. Teams of specialist workers and dogs find kiwi in the wild and attach transmitters to their legs, then track and monitor them to find out when they’re incubating. Our teams collect their eggs and deliver them to dedicated incubation facilities to hatch, like our Crombie Lockwood Kiwi Burrow incubation, hatching and brooding facility in Wairakei which we opened in December 2019. Once the kiwi chicks have reached a certain age, they’re released into predator-free kōhanga facilities like Motutapu Island in Auckland’s Hauraki Gulf, Sanctuary Mountain Maungatautari in the Waikato, and privately-owned predator-free habitats. As these birds find mates and start breeding themselves, young kiwi that are hatched in the kōhanga are released to start new populations or bolster existing ones in the wild where predator control is taking place.