Welcome to Paeroa... the best little town in the middle of everywhere!
Explore beautiful bush walks in the stunning Karangahake Gorge, one of the 14 Wonders of New Zealand, cycle the Hauraki Rail Trail rich in pioneering history, enjoy a paddle boat ride at the Historical Maritime Park & Museum or spend the day discovering treasures in our antique shops and art galleries, there’s always something to do in Paeroa. Learn all about the history of L&P, and, of course, have your photo taken with our ‘big bottle’!

With delicious eating and accommodation options to suit everybody’s needs, once you’ve spent some time with us, you’ll find yourself coming back time and time again!

Come and spend your next weekend away with us, there’s always lots to do.

This year we are encouraging on-line pre-entries for Individuals and Teams and Families.
And we have special cash spot prizes available for those who pre-register.

We also have loads of Spot Prize draws for all competitors. 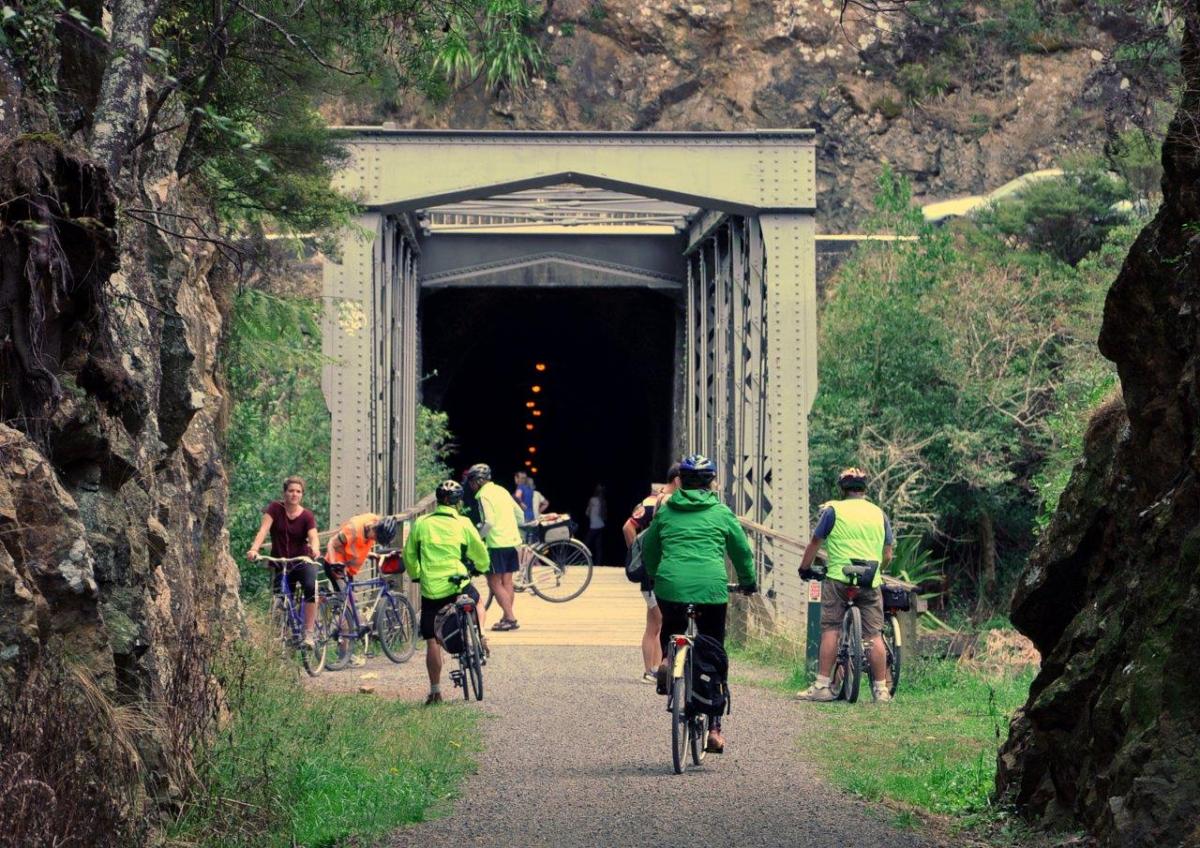 Join us for the spectacular 8th annual Paeroa Christmas Lights show this December at the Paeroa Historic Maritime Park.
This year we are running from Thursday 13th December through to Monday 24th December.

Meander through our Enchanted Forest of trees lit up with fairy lights, explore your way … View moreJoin us for the spectacular 8th annual Paeroa Christmas Lights show this December at the Paeroa Historic Maritime Park.
This year we are running from Thursday 13th December through to Monday 24th December.

Meander through our Enchanted Forest of trees lit up with fairy lights, explore your way through to Santa's grotto, children playing in snow and bubbles. A wonderfully entertaining and magical night out for the family – but keep them away from the Haunted Jail...!

Gates open at 8.30pm with last entry into the Park at 10pm and 'lights out' at 11pm.
Tickets available online at iTicket and eftpos is available at the gate. 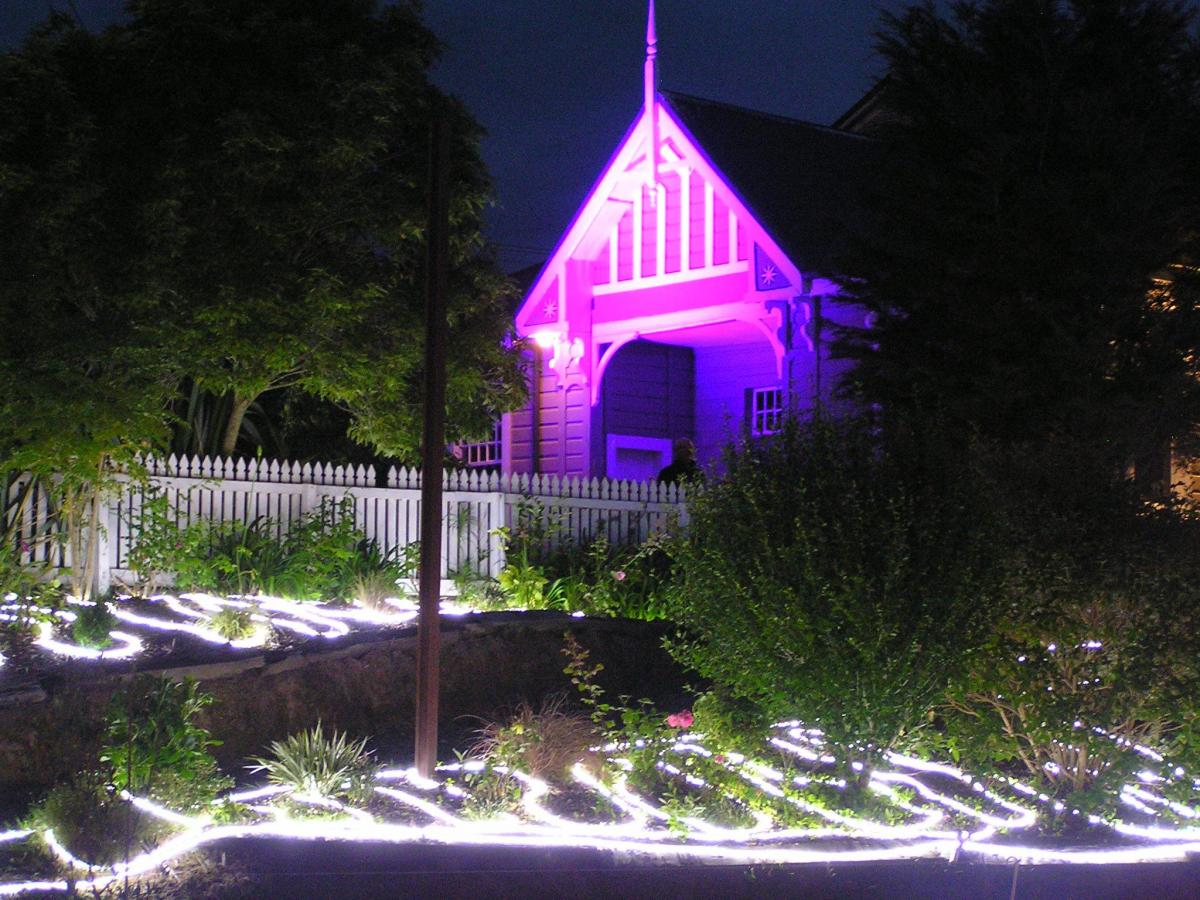 Santa Claus is coming to town...!

Friday 7 December...
We step off at 6pm with the parade travelling up Paeroa’s main street, with our final destination being the Paeroa Domain.

This year we are providing the following FREE attractions:
• Selfies with Santa
• Mechanical Surfboard
• Pit … View moreSanta Claus is coming to town...!

Friday 7 December...
We step off at 6pm with the parade travelling up Paeroa’s main street, with our final destination being the Paeroa Domain.

These attractions are provided by Positive Paeroa and are FREE for all of our community to enjoy.

We also have food stalls on site.
Make sure you cast your vote in our 'People's Choice' float comp.
Prize-giving is always an eagerly anticipated event!

We finish the evening with carol singing, accompanied by local musicians. Join us as we sing everyone's favourite carols...
We'll provide the song books, you provide your voices!

It's not too late to register your float, contact Jo at Positive Paeroa.

We're so looking forward to celebrating the festive season as a community but we can't do it without YOU!
See you all this Friday 7 December, 6pm for Paeroa's Santa Parade. 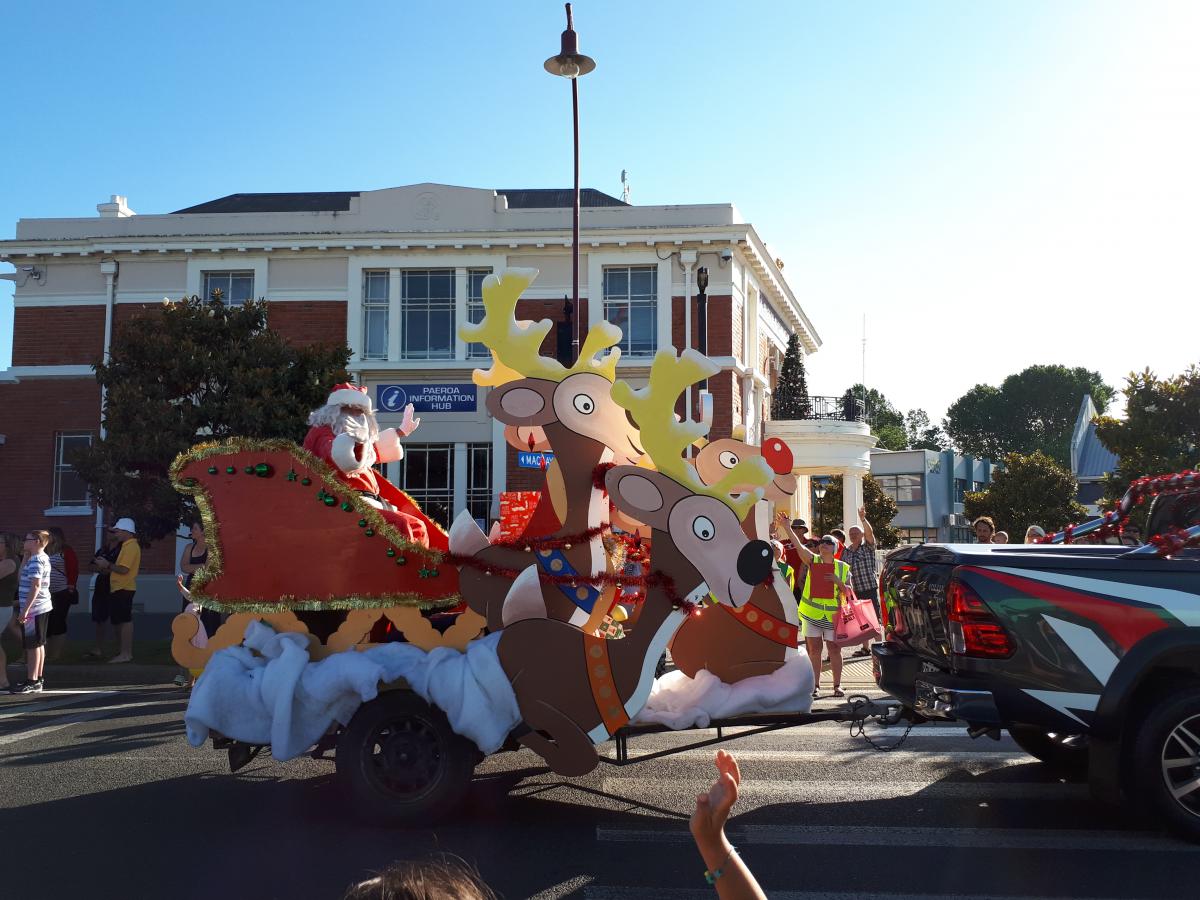 Pick It Up Paeroa

Spread the word good people of Paeroa...
Let's all do our bit and Pick It Up Now!
We'll supply the rubbish bags & gloves, you just need to supply your enthusiasm.

Whether you chose to concentrate on 'picking it up' while you enjoy the Paeroa Rotary Vintage & … View moreSpread the word good people of Paeroa...
Let's all do our bit and Pick It Up Now!
We'll supply the rubbish bags & gloves, you just need to supply your enthusiasm.

Whether you chose to concentrate on 'picking it up' while you enjoy the Paeroa Rotary Vintage & Classic Car Show or show the love to the street you live on, we don't mind!

Be at the Paeroa Information Hub by 10am on Saturday 15 September to collect supplies and then drop everything back to us for disposal at the end of the day... ✨super simple and ✨super awesome for our Community! 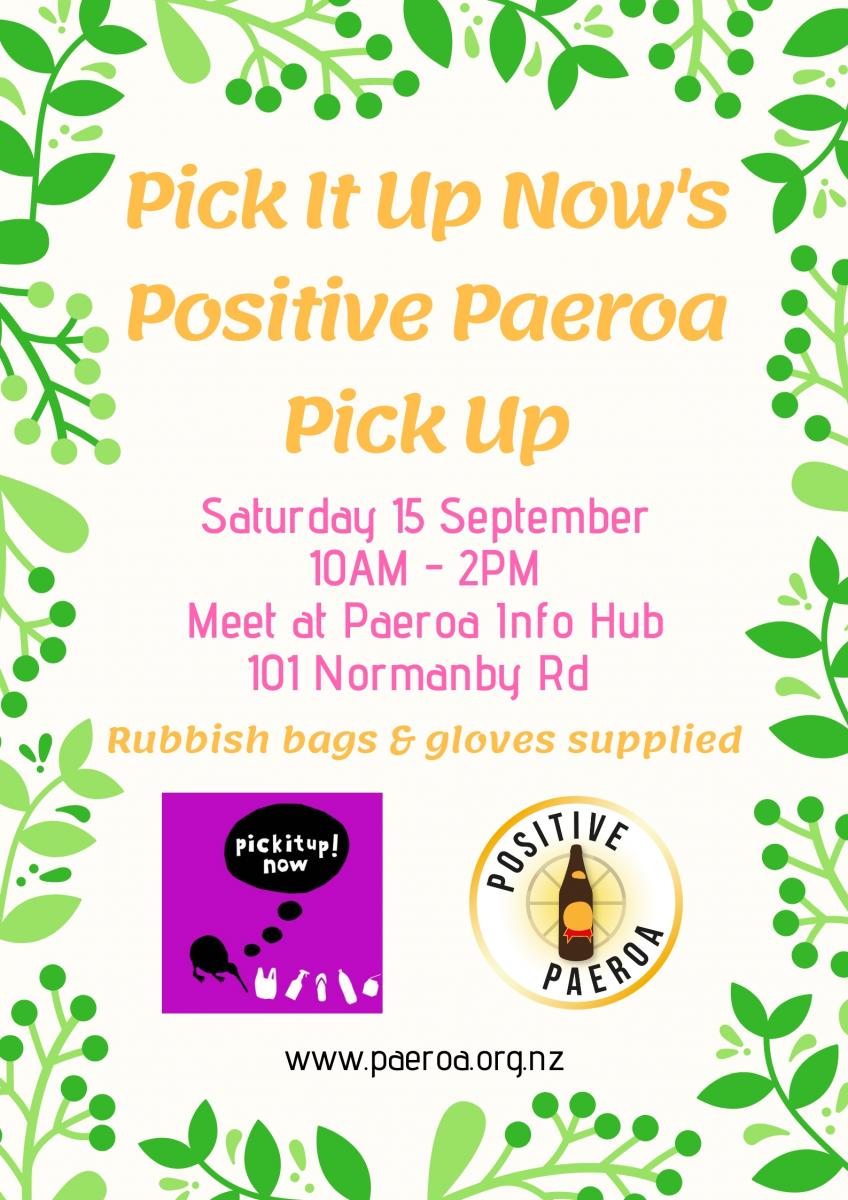 Tickets available now from the Paeroa Info Hub & Arkwrights Antiques, $20 each.
Proudly brought to you by the Paeroa Little Theatre. 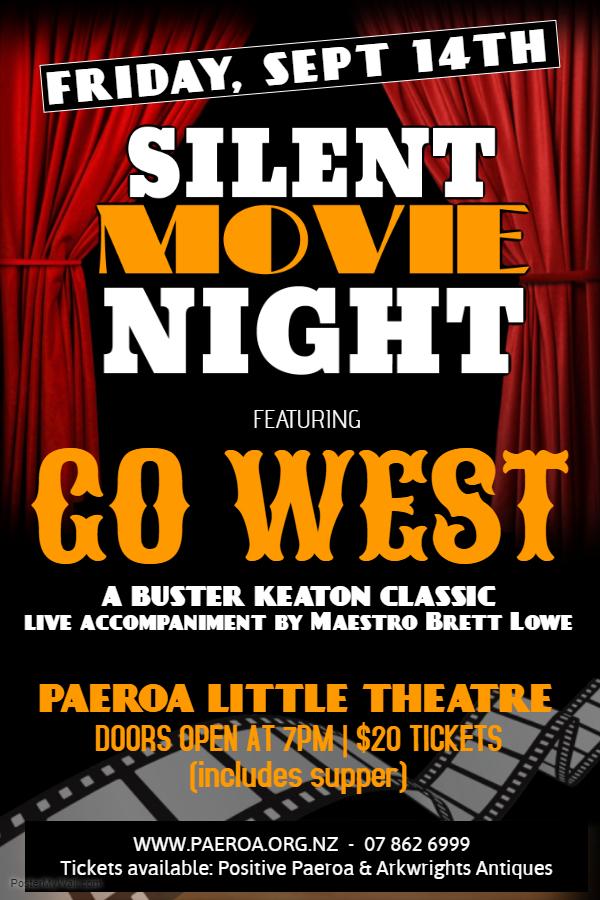 Nominate your local hero for the 2018 Hauraki District Citizen & Young Achiever Awards today ❤️
For all the details jump on the Council website: 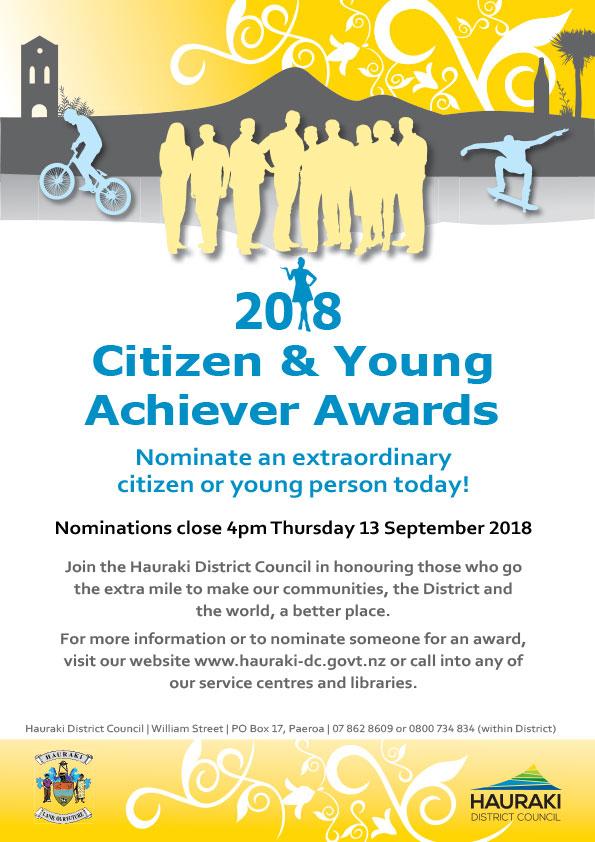 This event celebrates the Antique Town of New Zealand.

The 12th annual Paeroa Rotary Vintage & Classic car weekend kicks off on Friday 14th September, with a silent movie at the Paeroa Little Theatre, Buster Keaton’s ‘Go West’. Tickets for this show are strictly limited. To avoid disappointment, get yours today from Positive Paeroa and Arkwrights Antiques.

Saturday begins with the Street Parade at 11am from Taylor Ave.

For all wanting to participate in our fabulous parade, please be lined up down Taylor Ave by 10.30am for an 11am start. We ask for $5 per vehicle to contribute to our fundraising efforts.

The event congregates in Wharf St in the heart of Paeroa’s township. If the display of gorgeous cars isn’t enough, there’ll be plenty of live entertainment to keep a smile on everyone’s dial. It’s a fun family day out for only a gold coin donation entry which includes a bouncy castle for the littlies.

Special attractions a WW11 Historical Re-enactment Society fire power demonstration, along with a military vehicle and static display. Live entertainment throughout the day is guaranteed to keeps everyone's toes tapping.

We’d love to see everyone dressed in theme… there are lots of spot prizes up for grabs.

And while you’re there don’t forget to vote for your favourite car!

A mystery car ramble will depart at approximately 2pm. It’s a great way to see some of our countryside.

We’re looking forward celebrating the 70's at The Refinery with live music from Toejam. Door charge is just $15.

On Sunday, enjoy the Antiques Roadshow at The Refinery from 10am to 2pm. Bring all your collectibles to be valued by professional appraisers, $5 per item or $10 for three items.

We’re looking forward to welcoming you all… 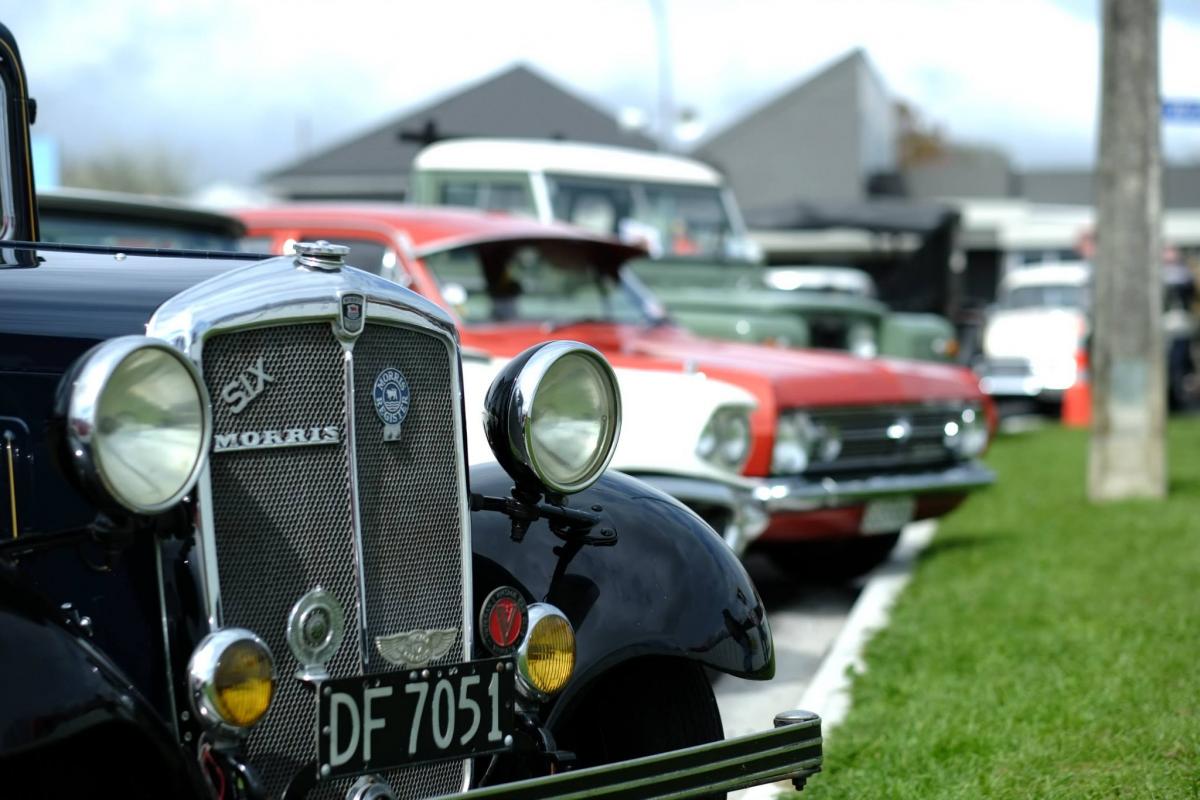 What a delicious way to help support our local youth! 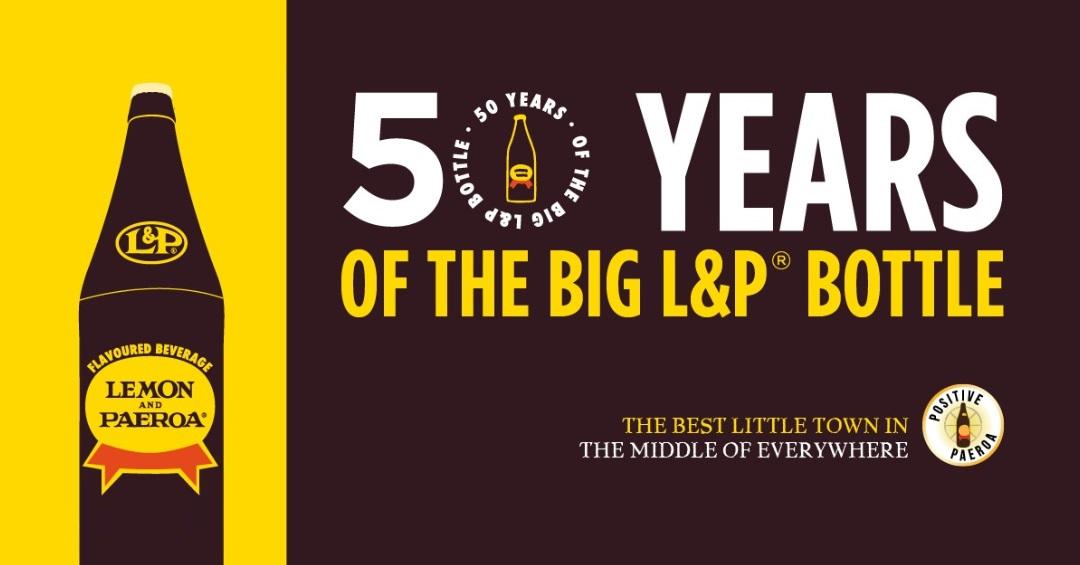 Clan Village
There are 15 Scottish Clans in the Village this year. Tracing your clan can be a great experience, learning about the colourful and often bloody history of the clan homeland. The Clan concept dates back to the 12th Century when the Scottish clans were originally extended networks of families who had loyalties to a particular chief, but the word ‘clan’ is derived from the Gaelic ‘clann’ meaning literally – children –.

The history of a family Clan is complex and interwoven, finding out which clan you belong to can depend on which era of history you are looking at. Most Scots or persons of Scots descent can work out their clan with a little research into their family history.

Visit the Village today to start the search for your family clan!

Clan names are usually associated with the area of Scotland where the clan lived. They lived off the land with cattle being their main source of wealth, along with border disputes, the prime cause of inter-clan unrest. The most important clan Chiefs held power over the lands within their control, acting as king, protector and judge. As the Chief expanded his territory, the new peoples swearing allegiance to him often took this Clan name. There were many bitter rivalries and feuds along the way, none of which have been carried forward to the modern day, fortunately!!

Do not forget to visit the Scottish Shops in the Village where you are bound to find something for a memento of today's visit.

Situated in the Clans Village the Highland Bar provides the opportunity to rest your feet and sample the delights of a cold one or a ‘wee dram or two’.

Come and try the ‘Paeroa Fling’ (Drambuie over ice, a dash of lemon and of course the world famous in New Zealand Lemon & Paeroa)

This celebration of Scottish culture is attracting interest throughout New Zealand as well as internationally. Attendance numbers have shown steady growth to a record 8,000 in both 2013 and 2015. It is now a major undertaking by a small team of passionate volunteers who believe in putting something back into the community in which they live. 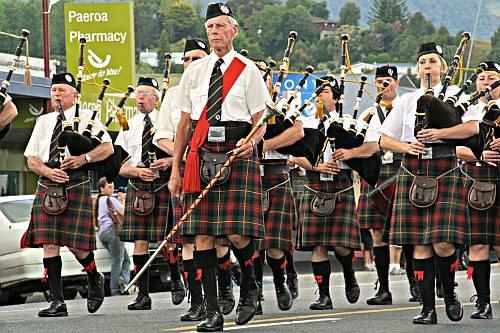 Awesome hand crafted products made by the students at Goldfields School, just perfect for Christmas gifts...
Or perhaps as a wee treat for yourself 😎😀 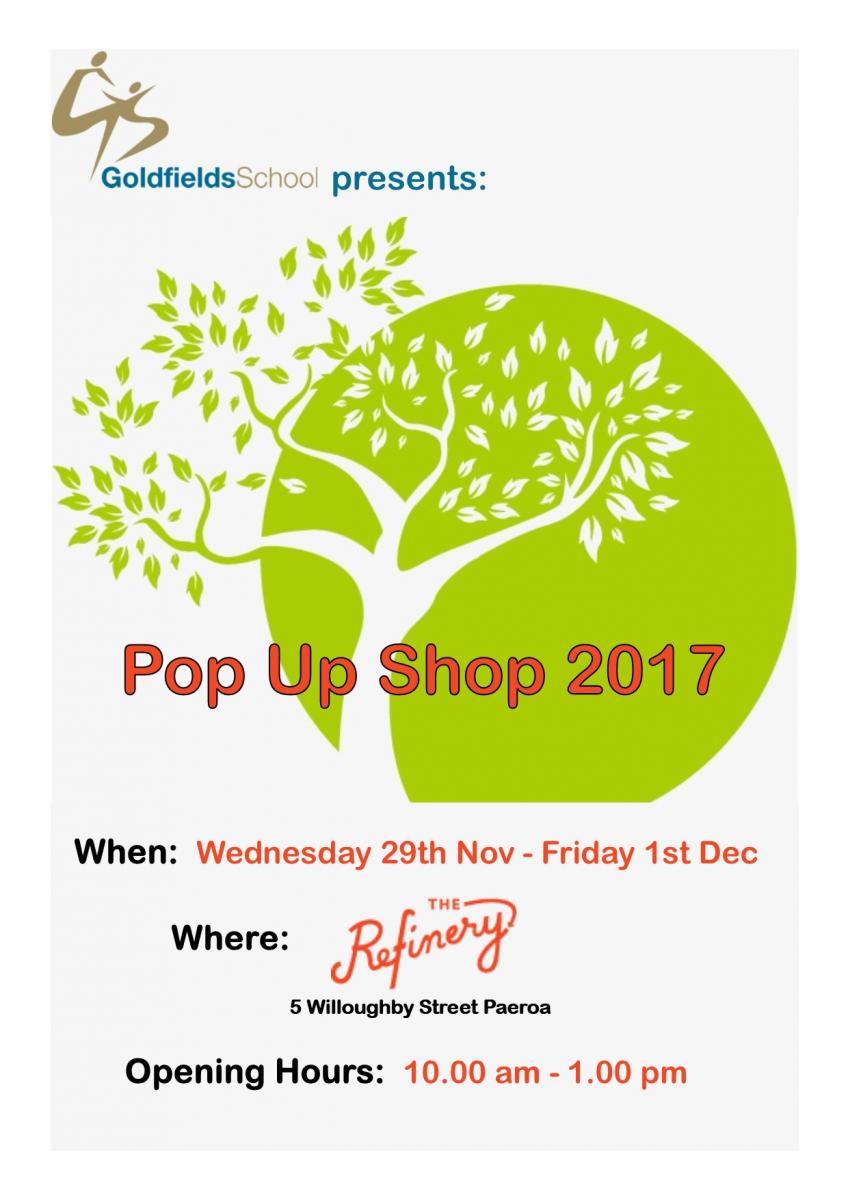 Come and along and join in the fun.. the more the merrier! 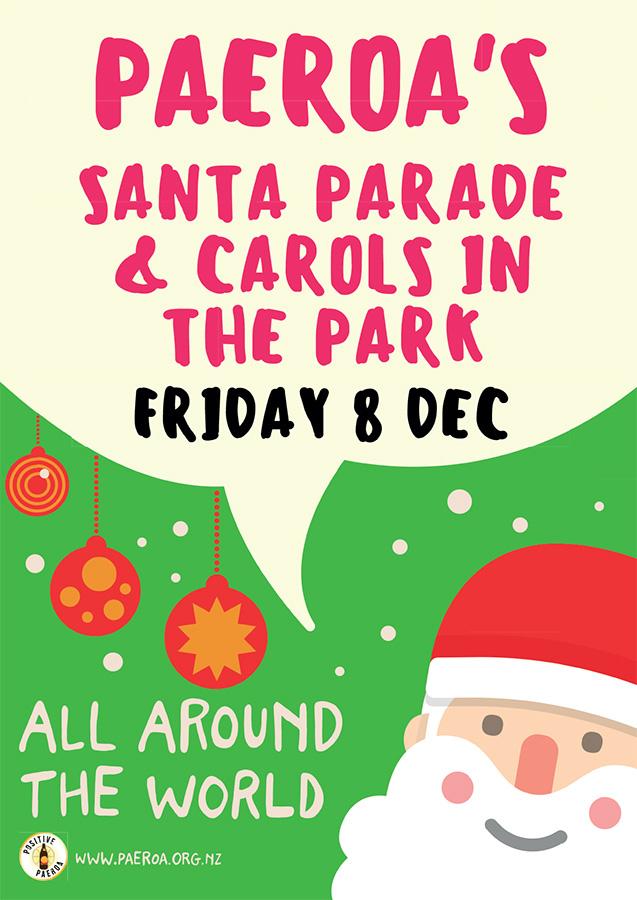 Get your team together and register today!
$60 per team, up to 6 per team
*Best Dressed Team *Supper *Raffles *Refreshments
Raising funds to send our youth to the World Youth Sports Carnival, Gold Coast, July 2017 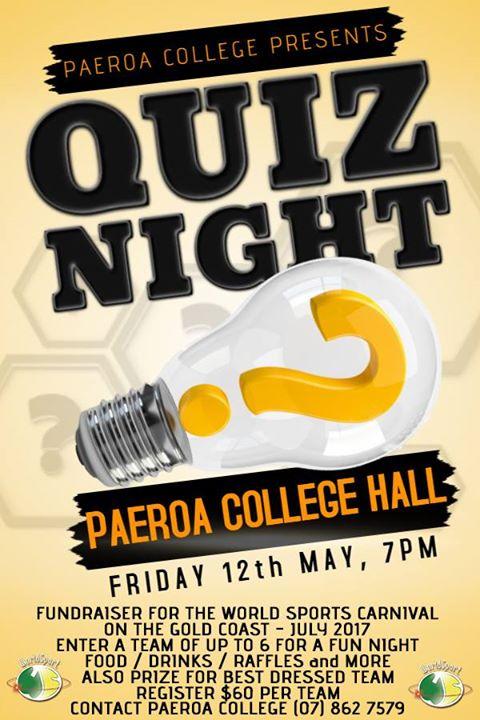 Tickets for this event are STRICTLY limited.
Avoid being disappointed, get your tickets today from The Refinery, Arkwrights Antiques or online at Eventfinda! 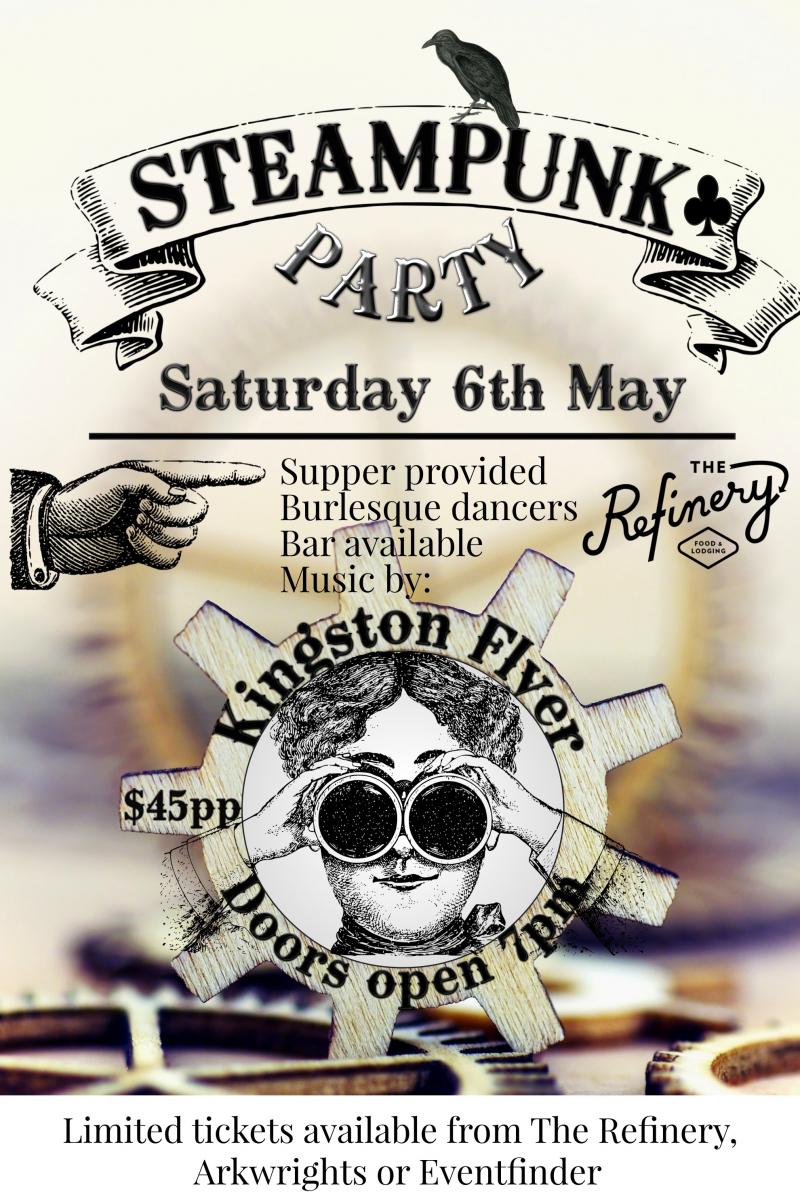 This event supports a truly worthy cause... 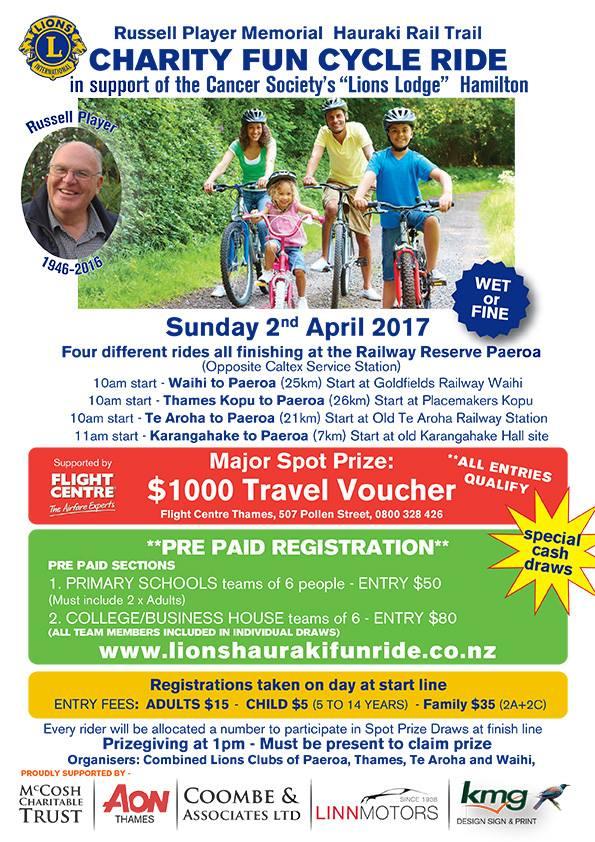 More from your neighbours